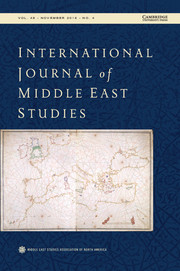 View from the Seas: The Middle East and North Africa Unbounded