A Journal of Debates, Methods, and Source Analysis 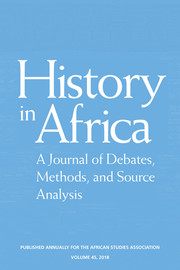