Asian dust from land to sea: processes, history and effect 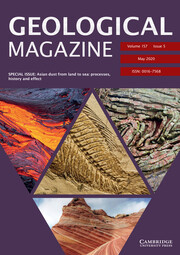