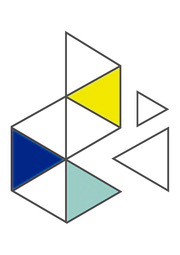 Acquired MDM2 inhibitor resistance is commonly caused by loss-of-function TP53 mutations. In addition to the selection of TP53-mutant cells by MDM2 inhibitors, MDM2 inhibitor-induced DNA damage may promote the formation of TP53 mutations. Here, we cultivated 12 sublines of the intrinsically MDM2 inhibitor-resistant TP53 wild-type acute myeloid leukaemia cell line PL21 for 52 passages in the presence of ineffective concentrations of the MDM2 inhibitor nutlin-3 but did not observe loss-of-function TP53 mutations. This suggests that MDM2 inhibitors select TP53-mutant cells after mutations have occurred, but do not directly promote TP53 mutations. Unexpectedly, many sublines displayed increased sensitivity to the anti-cancer drugs cytarabine, doxorubicin, or gemcitabine. Consequently, therapies can affect the outcome of next-line treatments, even in the absence of a therapy response. This finding is conceptually novel. A better understanding of such processes will inform the design of improved therapy protocols in the future.

We used the AML cell line PL21 to investigate whether MDM2 inhibitor-induced DNA damage may promote the formation of TP53 mutations in the absence of a selection pressure. PL21 AML cells are TP53 wild-type (Table 1) but intrinsically resistant to nutlin-3 (an MDM2 inhibitor closely related to idasanutlin [Reference Vassilev9]), as indicated by a nutlin-3 IC50 of 20.49 μM (Figure 1, Table 1). Nutlin-3-sensitive cells display nutlin-3 IC50 values in the very low micromolar range, while nutlin-3 concentrations above 20 μM are associated with non-specific, p53-independent effects [Reference Michaelis3,Reference Michaelis7]. Twelve PL21 sublines were cultivated for 52 passages in the presence of nutlin-3 10 μM. The emergence of TP53 mutations in response to nutlin-3 treatment would indicate mutagenic effects that promote the formation of TP53 mutations also in the absence of a selective pressure on p53.

Table 1. Drug concentrations that reduce the viability of PL21 and its sublines cultivated for 52 weeks in the presence of nutlin-3 (20 μM) by 50% (IC50) as indicated by MTT assay after 120 h of incubation.

1 Polymorphism that does not affect p53 function. 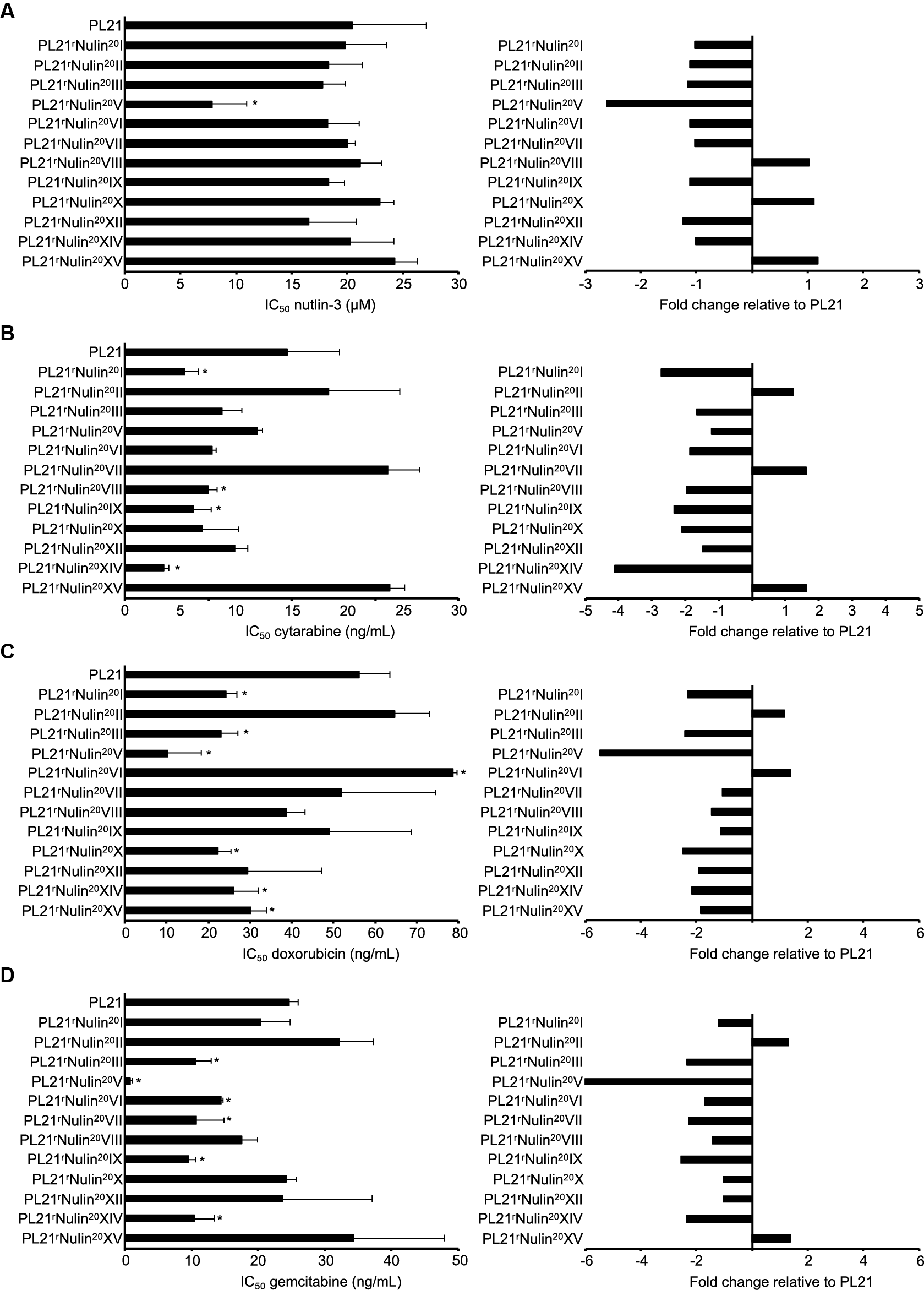 Figure 1. Drug sensitivity profiles of the AML cell line PL21 and its sublines cultivated in the presence of nutlin-3 (10 μM) for 52 weeks. Concentrations that inhibit cell viability by 50% (IC50, mean ± SD from three independent experiments) as determined by MTT assay after 120 h incubation and IC50 fold changes relative to PL21 were determined for nutlin-3 (A), cytarabine (B), doxorubicin (C), and gemcitabine (D). * P < 0.05 relative to PL21.

All sublines had retained wild-type TP53 except for PL21rNutlin20XII and PL21rNutlin20XV, which displayed an M66L variant (Table 1). This variant was present in 386 (3.2%) out of 11,945 reads from the parental cell line and, hence not a de novo mutation induced by nutlin-3 treatment. If it had been of functional relevance, it would have been consistently selected by nutlin-3 treatment, as previously shown in other cell lines [5-7]. Thus, this observation does not suggest that nutlin-3 may directly induce TP53 mutations.

The 12 nutlin-3-treated PL21 sublines displayed an up to 3.1-fold variation in their nutlin-3 sensitivity (Figure 1, Table 1) and in their sensitivity to cytarabine (up to 6.7-fold), doxorubicin (up to 7.7-fold), and gemcitabine (up to 40.8-fold). Twelve PL21 sublines that had been cultivated for 52 weeks as control in parallel in the absence of nutlin-3 did not display any changes in their drug sensitivity profiles (Table 2).

Table 2. Drug concentrations that reduce the viability of PL21 sublines cultivated separately for 52 weeks by 50% (IC50) as indicated by MTT assay after 120 h of incubation. Values are represented as means ± S.D. of at least three independent experiments. 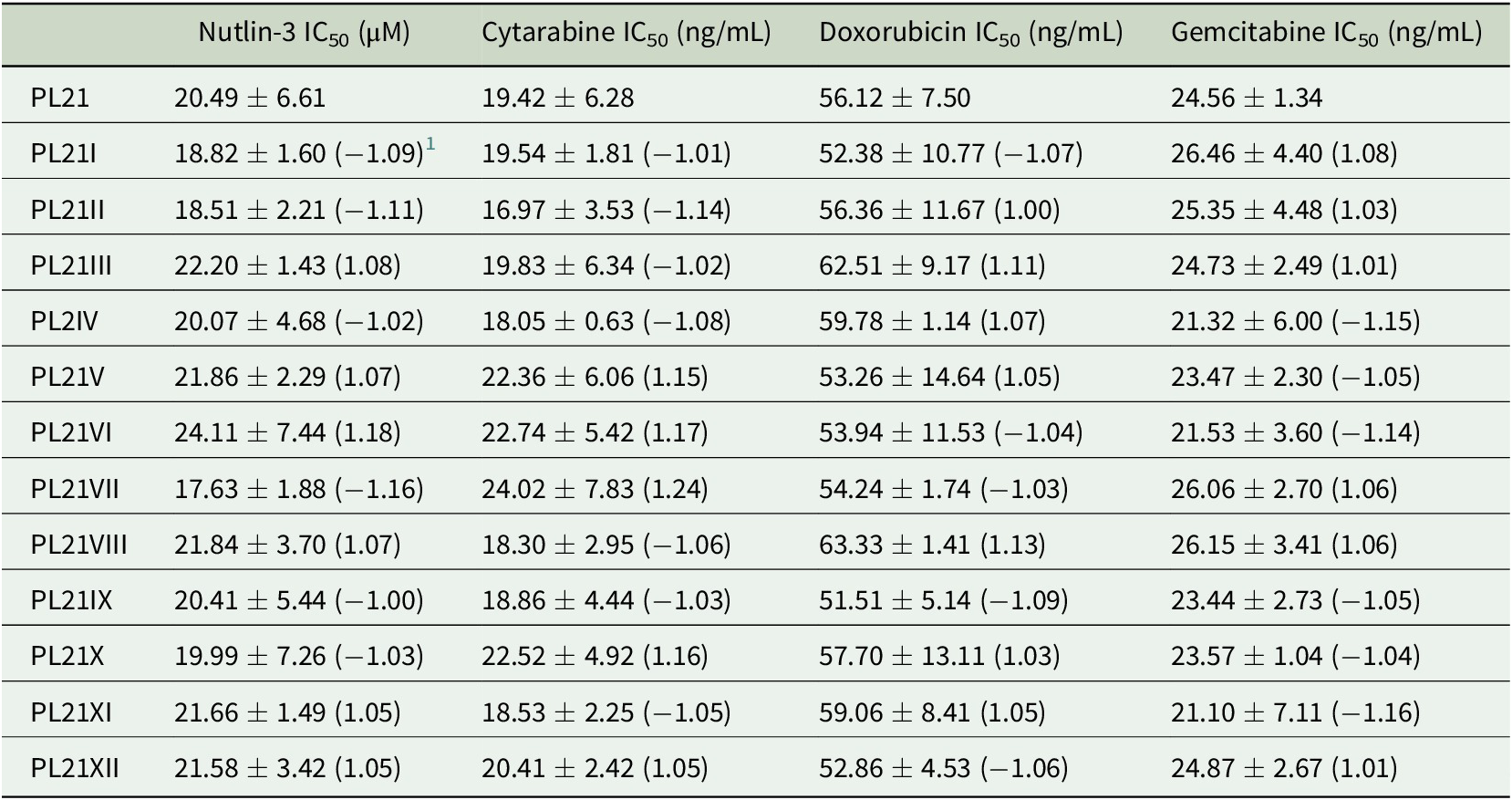 Since treatment of PL21 cells with ineffective nutlin-3 concentrations did not result in loss-of-function TP53 mutations, TP53 mutations in MDM2 inhibitor-adapted cells may be rather the consequence of selection processes than of drug-induced mutations. In agreement, a fraction of MDM2 inhibitor-adapted cell lines retains wild-type TP53 [Reference Michaelis3,Reference Michaelis7]. Unexpectedly, prolonged nutlin-3 treatment resulted in increased sensitivity of a fraction of sublines to cytarabine, doxorubicin, or gemcitabine. In this context, MDM2 inhibition has been shown to increase the cellular reactive oxygen species (ROS) levels [Reference Riscal13,Reference Arena14], and higher ROS levels were associated with increased cytarabine sensitivity [Reference Hosseini15]. Cytarabine and anthracyclines are standard drugs for AML [Reference De Kouchkovsky and Abdul-Hay16], and gemcitabine has recently been suggested as drug candidate for paediatric AML [Reference Drenberg17]. This may be of clinical relevance in AML patients in whom MDM2 inhibitor treatment may modify the efficacy of next-line therapies, even if there is no response to MDM2 inhibitor therapy.

Our data do not provide evidence that MDM2 inhibitors may exert mutagenic effects that would promote the formation of loss-of-function TP53 mutations. MDM2 inhibitors rather seem to select TP53-mutant cells after mutations have occurred. Surprisingly, we found that cultivation of PL21 cells in the presence of ineffective nutlin-3 concentrations resulted in increased drug sensitivity in a substantial fraction of sublines. This is conceptually important, because our findings show that non-effective therapies can affect the outcome of next-line therapies. A better understanding of such processes may inform therapy protocols in the future. Our study also illustrates how cancer cell lines as permanent preclinical model systems can be used to produce findings that cannot be made in the clinics, because different treatment schedules cannot be compared in the same patient.

The authors confirm that

The authors declare none.

All data are included in the manuscript.

Comments to the Author: Michaelis and co-workers aim at the verification of the hypothesis of the generation of TP53 mutations upon the treatment of p53wt PL21 cells with MDM2 antagonist, nutlin-3. Also, increased susceptibility of nutlin-treated cells to three anti-cancer drugs is reported. While this study is important, the manuscript suffers from several critical conceptual mistakes which largely decrease its impact.

Comments to the Author: The work describes that resistance against nutlin can sensitize leukemic cells to standard chemotherapy. The manuscript is well written and informative. The data are presented clearly and I have only minor criticism.

Comments to the Author: The abbreviation MDM-2 should be spelled out when first used.

How many different concentrations were used to determine the IC50-values? This information should be given in the Methods section. The source of the drugs used in the experiments should also be added.

Tables 1 and 2: Drug concentrations given in µM would be better. Please add information if means or median are given, standard deviations or ranges and the number of experiments per value given result.