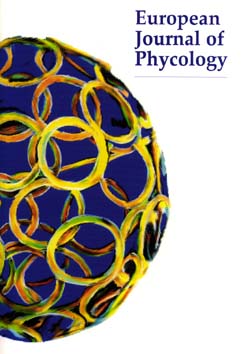 Diatom aggregation in the sea: mechanisms and ecological implications

Marine snow is a ubiquitous feature of the ocean and an important agent in the transport of energy and nutrients through marine ecosystems. Diatom aggregates, which form during blooms and, to a lesser extent, by the resuspension of benthic biofilms, are a primary source of marine snow. Genera commonly found in diatom aggregates are: Nitzschia, Chaetoceros, Rhizosolenia, Leptocylindricus, Skeletonema and Thalassionema. Most fieldwork has been restricted to a limited number of locations in the Northern Hemisphere. To quantify the global impact of diatom aggregation there is a need to conduct fieldwork in a wider range of areas, particularly in the Southern Hemisphere. Aggregates form when particles collide and stick together. Collisions in the water column are affected by turbulence, differential settlement and animal feeding, whereas diatom stickiness is affected by extracellular polymeric substances (EPS). Laboratory experiments have demonstrated that diatoms produce more EPS under nutrient limitation, although little is known about how limitation by different nutrients affects the quantity and composition of EPS and subsequent stickiness. EPS form three pools in the environment: cell coatings, soluble EPS and transparent exopolymeric particles (TEP). There is a need to investigate the dynamics of conversion between the pools of EPS by both abiotic and biological processes and how these conversions affect aggregate concentration and structure. Processes governing disaggregation have been largely overlooked, although they are as important as aggregation in determining the dynamics of aggregate concentrations in the water column. The biogeochemical significance of diatom aggregates as a means of transporting carbon and other nutrients from the euphotic zone to the seabed is well established. However, the internal biogeochemistry of aggregates is not well understood. Aggregates contain anaerobic microsites and further work is required to establish whether aggregates are significant sinks for nitrogen in the water column through anaerobic denitrification. Several hypotheses have been proposed to explain diatom aggregation in the field, but many of these are flawed because the mechanisms and adaptive explanations proposed require natural selection to operate at the level of populations rather than genes or individuals.

Diatom aggregation in the sea: mechanisms and ecological implications
×

Diatom aggregation in the sea: mechanisms and ecological implications
×

Diatom aggregation in the sea: mechanisms and ecological implications
×
×