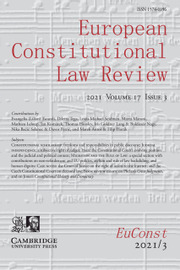 Migration and the Rule of Law