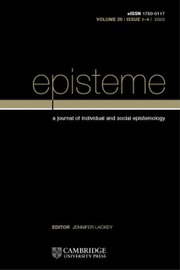 This paper concerns a problem that has received insufficient analysis in the philosophical literature so far: the conditions under which an information-bearing state – say a perception or recollection – yields belief. The paper distinguishes between belief and a psychological property easily conflated with belief, illustrates the tendency of philosophers to overlook this distinction, and offers a positive conception of the mind's information-responsiveness that requires far less belief-formation – and far less formation of other propositional attitudes – than has been commonly supposed to be produced by perception and other experiences. This conception is clarified by a partial sketch of the natural economy of mind. The paper then considers two important questions the conception raises. Does it force us to abandon the venerable belief-desire conception of intentional action, and does it require expanding the domain of intellectual responsibility and thereby our conception of epistemic virtue?