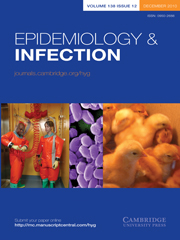 Pneumonia and other respiratory infections