Chikungunya virus (CHIKV) is an arbovirus transmitted by Aedes mosquitoes that was first identified in Brazil in 2014. It causes a febrile illness characterised by severe arthralgia and rash. Our group investigated a suspected CHIKV outbreak in Governador Valadares, state of Minas Gerais, Brazil and from 25 acute-phase patients, 10 had qRT-PCR positive sera samples and had E1 partial sequence amplified and Sanger sequenced. Samples were identified as East/Central/South African (ECSA) genotype by phylogenetic analysis and clustered with CHIKV sequences isolated in the neighbour state of Bahia. Our findings confirm previous predictions that ECSA genotype would spread through northeast and southeast of Brazil.

Chikungunya fever is caused by Chikungunya virus (CHIKV), an arbovirus that belongs to the genus Alphavirus and is transmitted by Aedes mosquitoes. The most common symptoms are fever, asthenia, arthralgia, myalgia, headache and rash [1, 2] and even though it is a self-limiting disease, it can last from days to years thus posing a significant impact in public health and serious economic burden [3].

CHIKV outbreaks have occurred in Africa, Asia, Europe, Indian and Pacific regions and was introduced into the Caribbean in 2013, from where it spread to Central and South America [1, 4]. In Brazil, the first autochthonous case was identified in 2014, in the northern state of Rondônia, caused by the Asian genotype. A week later, autochthonous East/Central/South/African (ECSA) genotype cases were confirmed in Bahia, northeast region of Brazil [4].

More recently, our group had access to sera samples from a suspected CHIKV outbreak in Governador Valadares, state of Minas Gerais (Oswaldo Cruz Foundation IRB approval 1.920.256). Patients with history of arthralgia and fever were recruited during two visits (June and August 2017) to a local Arbovirus Healthcare Center. From a total of 80 patients presenting with compatible clinical manifestations, 25 reported symptoms for less than 14 days (median (IQR): 1 (1–1.75)). Those were classified as acute-phase patients and were further investigated for Chikungunya disease by ELISA (Euroimmun, Germany) and qRT-PCR (ZDC kit, Bio-Manguinhos, Brazil) according to manufacturers’ instructions.

Final consensus sequences were obtained with SeqManII v5:05 (DNASTAR, USA) and were deposited in GenBank under accession numbers MH215572-MH215581. When compared to each other, sequences were not identical but overall identity was greater than 99%. Moreover, none of the patients had the A226 V mutation in E1 protein previously described to facilitate CHIKV transmission by Aedes albopictus mosquitoes [6].

Consensus sequences were then aligned with E1 partial sequence (genome position 10145–11158) edited from 41 reference genomes, including ECSA (n = 12), Asian (n = 15) and West African (n = 11) genotypes. Viral phylogenies were performed with MEGA 5.2 software [7] using the neighbour-joining method [8] and trees were constructed using the Tamura-Nei model [9]; the reliability of the branches was validated by the generation of 1000 ‘bootstrap’ replicates.

A phylogenetic tree, including representative sequences for all known genotypes, revealed that all 10 cases from Minas Gerais belonged to monophyletic group associated with ECSA genotype (Fig. 1). They clustered with sequences isolated in previous years in Bahia, probably due to states’ geographic proximity (Fig. 2). Indeed, a recent study [3] also showed that ECSA is the circulating genotype in the state of Sergipe, which borders Bahia to the north. As expected by Nunes and collaborators [4], ECSA is spreading from Feira de Santana, Bahia to the northeast and southeast of Brazil and even though they have predicted that both Asian and ECSA genotypes would eventually spread to the whole country, we have not detected Asian samples in Governador Valadares, Minas Gerais. 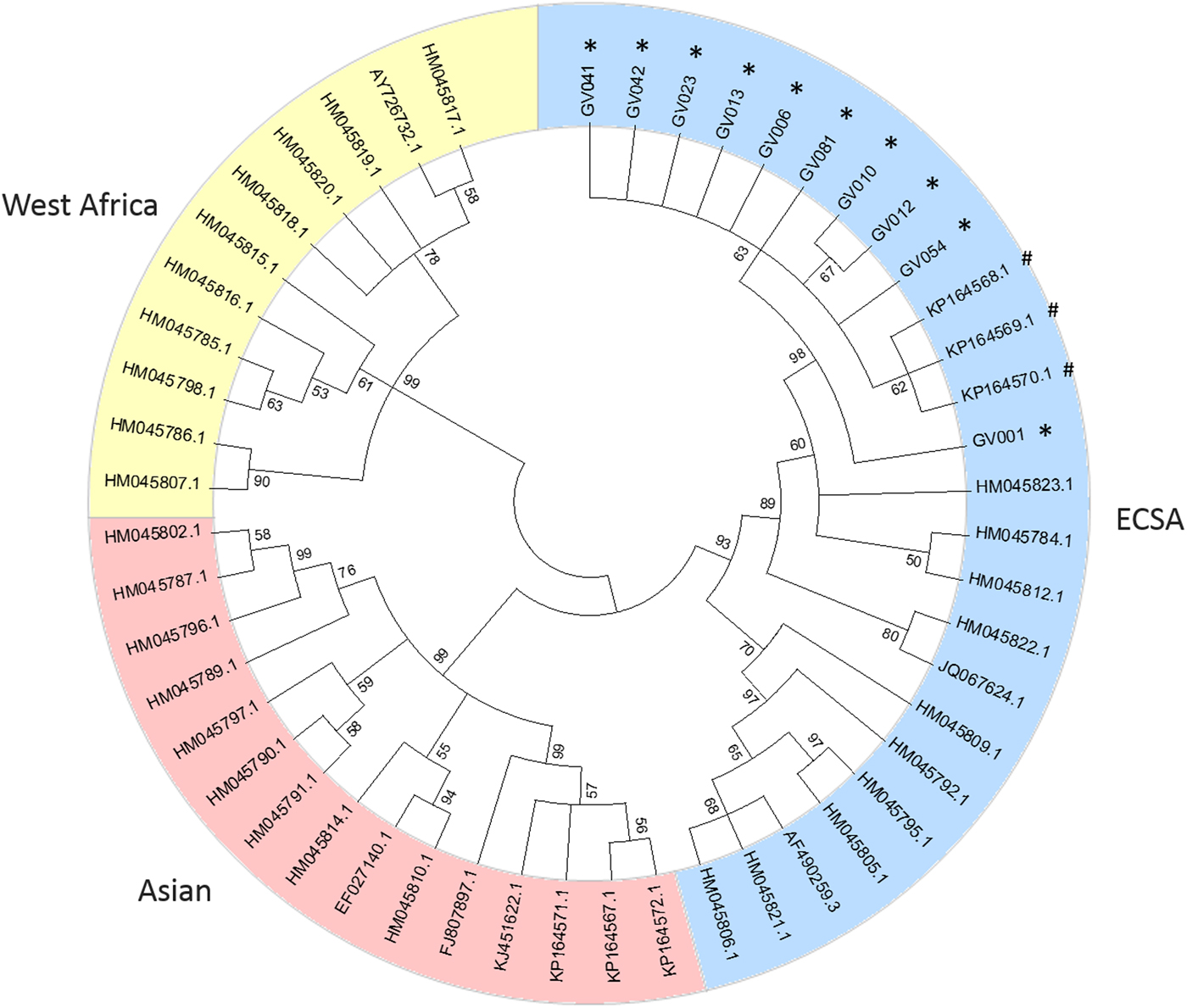 Fig. 1. Phylogenetic tree of 51 Chikungunya E1 partial sequences. The percentage of replicate trees in which the associated taxa clustered together in the bootstrap test (1000 replicates) are shown next to the branches [10]. Sequences are identified by the corresponding GenBank accession number. 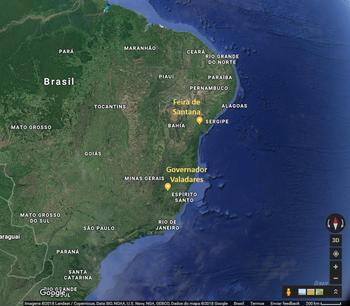 The authors would like to thank Tatiane Bettoni, Rômulo Gusmão and Raylaine Castro from Governador Valadares Epidemiology Surveillance and the staff of Rui Pimenta Arbovirus Unit for their support in Chikungunya infection studies. Special acknowledgment also goes to Bio-Manguinhos’ Development Department for providing the ZDC molecular kits and to all patients involved in this study.