Sense of place in the history of English 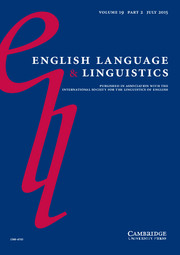