The Educational and Developmental Psychologist 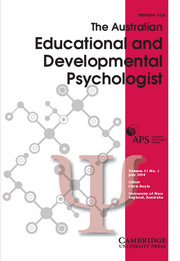