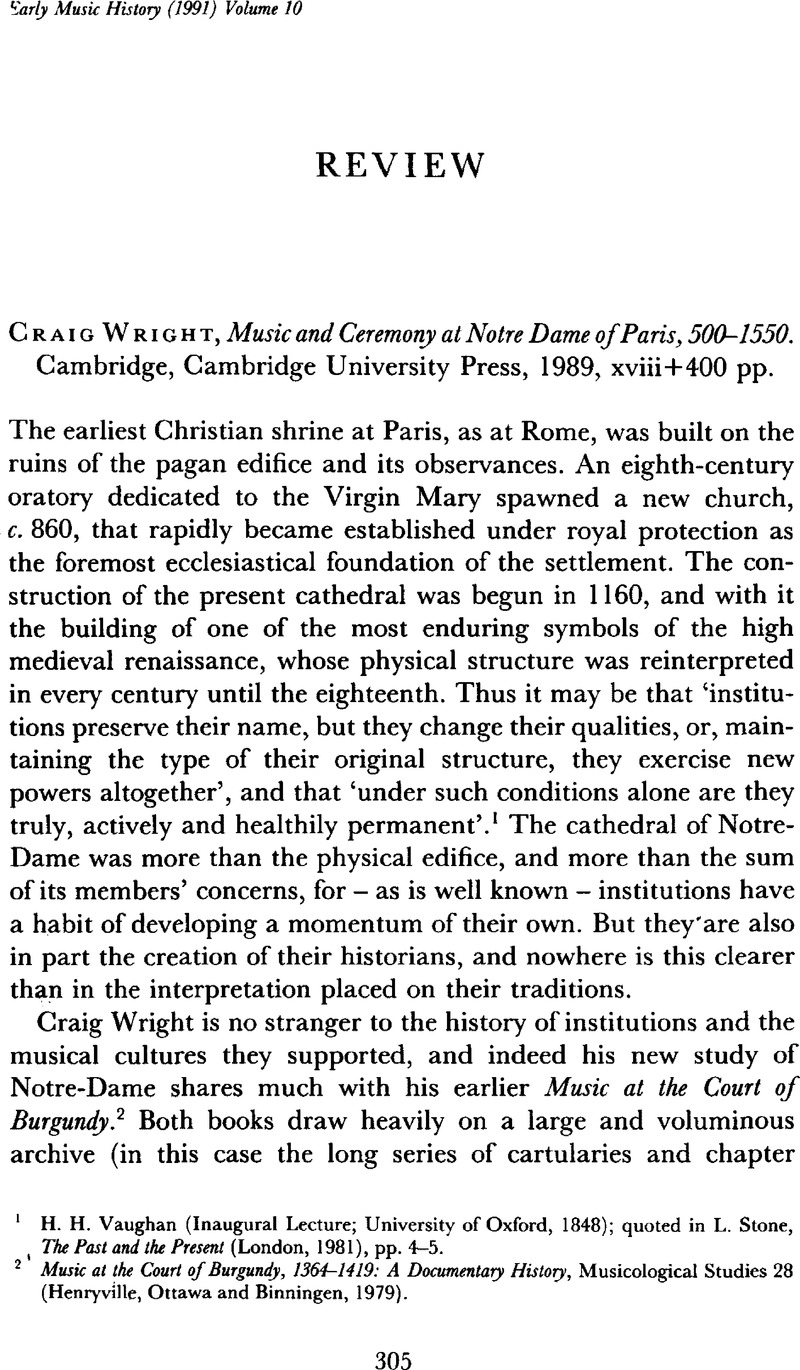 9 A wider range of administrative sources than those used by Wright (confined mainly to the Notre-Dame chapter registers and the published registers of papal letters) may prove more informative, particularly in the case of Petrus succentor. One such source, which came to light only after this review went to press, is a dossier of legal records produced by an excommunication case between the Bishop and municipality of Laon in 1235–6 in which Petrus succentor was appointed one of the judges, now Laon, Archives Communales, FF1, nos. 1–10. These documents deal not only with the formal hearing, but also a wide range of judicial business related to the case: the procurement of witnesses, correspondence with the papacy (by whom the judges were appointed), adjournments and appeals against individual procurators and witnesses whom the plaintiffs or defendants wished to have struck off. Four documents issued under the judges' own seals survive: a mandate to the priest of the church of St-Jean, Laon, to take the deposition of one Jean Piot, clerk (FF1, no. 3; 27 January 1235); a summons to the curé of the church of Ste-Genevieve, Paris, to appear as a witness before Jacques, Archdeacon of Therouanne, and Andre, canon of Laon (no. 4; Thursday after Passion Sunday, 1235); a signification to the prior of Issy of a papal rescript summarising the case, sent to the judges at the request of the town (no. 5; 11 July 1235); a record of an objection heard by the judges concerning one of the witnesses produced by the town against the bishop, and an adjournment for pleading and judgement (no. 10; 29 July 1236). No. 4 bears a fragment of the judges' seal. For a brief abstract of the contents of this dossier, see Matton, A. and Dessein, V., Inventaire sommaire des Archives communities antérieures à 1790 … Ville de Laon (Laon, 1885), fasc. F, pp. 1–2Google Scholar. For a further case, not noted by Wright, in which Petrus was appointed judge by the Holy See in 1221, see Teulet, A. et al. , Layettes du Trésor des Chartes, 4 vols. (Paris, 1863–1902), i, p. 515Google Scholar (no. 1443) (from Archives Nationales, J 198B, no. 137).