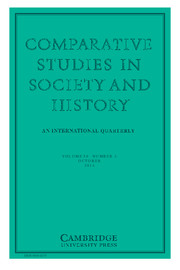 I would like to thank all of those associated with CSSH, including Editor Andrew Shryock and Managing Editor David Akin, as well as four very generous and thoughtful reviewers, for all of their help and guidance with this piece. Previous versions were presented at the 2011 conference of the Society for Ethnomusicology and the 2011 Conference of Europeanists, where respondents Timothy Rice and Sylvia Carrasco both provided especially valuable insights. Funding for some of the research upon which the article is based was provided by Brown University, which I hereby acknowledge with gratitude.