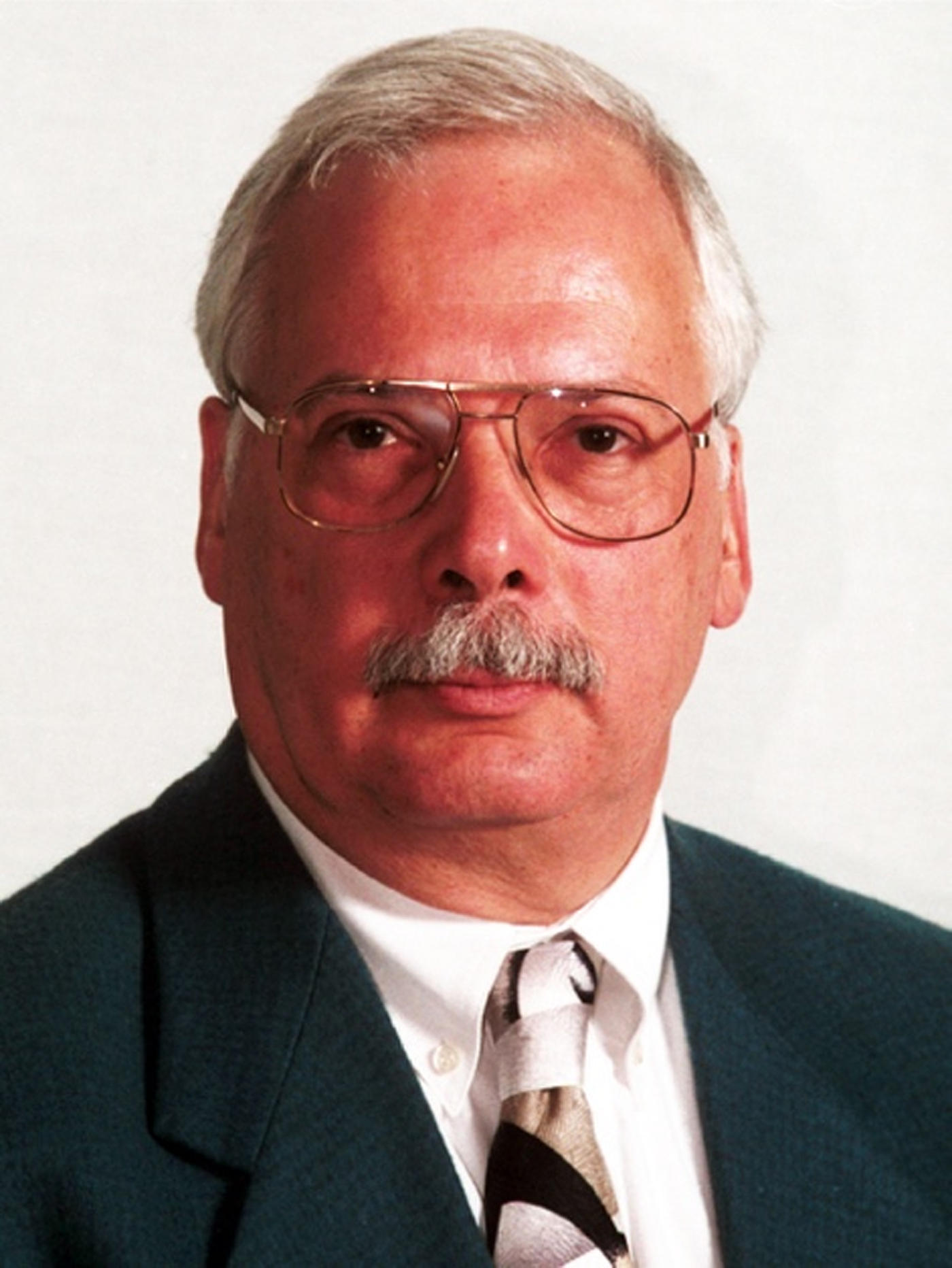 Enver's name is inextricably linked with Mössbauer spectroscopy of Fe oxides and Fe-containing clay minerals, a research focus that commenced in 1975 when he joined the Technical University of Munich and began a long-term association with Professor Udo Schwertmann's group. Mössbauer spectroscopy of soil minerals was a novelty in those days, and little was known about soil Fe oxides/hydroxides, their properties or their genesis. Enver Murad filled this niche and transformed Mössbauer spectroscopy into a major tool for characterizing iron minerals. This technique is now commonly used for identification of Fe-bearing minerals in many locations, including the planet Mars! Enver's fruitful and prolific scientific career includes 131 articles in scientific journals, professional volumes and refereed proceedings, as well as a comprehensive book. The high value of his published works to the community is demonstrated through an h-index score of 35 and over 150 citations of his works per year (with a high of 234).

Enver was born in Berlin, then attended British schools in several major cities surrounding the Mediterranean Sea, which served his gift for languages well. He was fluent in German, English and Greek and conversant in Arabic, French and Turkish. He completed a Diploma in Mineralogy at the Darmstadt Technical University in 1967, followed by a Doctor of Philosophiae Naturalis (RNDr) at the University of Frankfurt in 1970. He became a research fellow at the Mineralogical Institute at the University of Tübingen in 1970, then joined the Soil Science Department at the Technical University of Munich in 1975, where he later completed a Doctor Rerum Naturalium Habilitation in 1986.

He also served as a visiting assistant professor in 1983 at North Carolina State University, where he became proficient in Mössbauer spectroscopy while working with Professor Larry Bowen. His principal works using Mössbauer spectroscopy at that time include characterizing natural and synthetic Fe-bearing alteration minerals, investigating the effects of Al substitution in Fe oxides/oxyhydroxides and determining how changes in grain size influence the spectra. Much of this is summarized in a 1987 lecture Enver gave at a workshop on Fe oxide/hydroxide minerals at Bad Windsheim entitled ‘Properties and Behavior of Iron Oxides as Determined by Mössbauer Spectroscopy’, which was published in 1989 by the NATO Advanced Study Institute Series as a collection of workshop lectures.

Enver also enjoyed opportunities as a visiting research scientist with John Cashion at the Department of Physics at Monash University in Melbourne, Australia, in 1989, 1994, 1998 and 2004. During this time, Enver worked on many studies involving clay minerals in addition to Fe oxides/hydroxides. In particular, while working with Ursel Wagner, he studied phase changes of phyllosilicates on firing, especially for kaolinite and illite, which are important to archaeological investigations. He was also directly involved in the discovery of the new oxyhydroxide mineral named ‘schwertmannite’ after his mentor, Udo Schwertmann. Enver hosted a return visit by John Cashion to Marktredwitz in 2003, culminating in the completion of their book Mössbauer Spectroscopy of Environmental Materials and their Industrial Utilization in 2004, which is still a widely used reference text in many fields today.

In 1993, Enver became Director of the Department of Geological Services, Economic Geology and Soil Protection at the Bayerisches Landesamt für Umwelt (Bavarian State Environmental Agency) in Bamberg. The facility was located in the beautiful Concordia castle there, which is a fascinating building, but not really practical for a science institute. In 1999, a new building for the institute was completed in Marktredwitz and the institute was relocated there.

In addition to managing the activities of the institute, Enver expanded his research into multiple areas of spectroscopy, including infrared transmission spectroscopy, attenuated total reflectance spectroscopy and Raman spectroscopy. These techniques served him well in continued studies of phyllosilicates and Fe oxide-bearing minerals during his later years. He collaborated greatly with Janice Bishop of the SETI Institute and NASA Ames Research Center in California on projects characterizing Mars analogue samples containing Fe oxides/oxyhydroxides and other minerals.

Enver is particularly recognized for his pioneering work studying the properties of finely particulate Fe oxide phases associated with the new fields of acid mine drainage and biogeochemistry. He has contributed to numerous studies of the minerals ferrihydrite, akaganéite and schwertmannite that continue to challenge and interest scientists in terms of their formation conditions, structure and stability. He participated in many of the early studies of the effects of grain size, crystallinity and the presence of Al in Fe oxides/oxyhydroxides and their influences on the properties of Fe minerals. He has also led studies on samples from some remote regions, such as soils from Santorini, Greece, and hot spring precipitates from Soos in the Czech Republic. He also participated in investigations of precipitates from different environments in Iceland and Yellowstone National Park in Wyoming and of the alteration of volcanic ash through solfataric and pedogenic processes from the Hawaiian islands.

Many colleagues knew Enver best as an associate editor of Clay Minerals, where he served from 1988 to 1997 on the editorial board and since 1997 as an associate editor. He was acclaimed by colleagues as an efficient, thoughtful and fair editor. A special issue of Clay Minerals was dedicated to Enver in 2008 for his longstanding career of critical thinking, devotion to the highest scientific standards and service to the scientific community. He also taught mineralogy and geology at the Technical University in Munich and at the Catholic University in Eichstätt.

Although Enver retired in 2006 from his official position at the Bavarian State Environmental Agency, he remained active in research and publications for over a decade. He also continued his editorial duties for the journal Clay Minerals for several years. To celebrate his successful career in clay and soil science, a special session was held in his honour at the Mid-European Clay Conference in Opatija, Croatia, 18–22 September 2006. This resort town on the Adriatic coast and former vacation destination of European royalty was a fitting location to commemorate Enver's scientific achievements with his numerous colleagues. Helge Stanjek provided an introduction to the special session honouring Enver on 20 September. Enver gave a plenary lecture entitled ‘Mössbauer Spectroscopy of Geological Materials’.

Family was important to Enver, and he frequently arranged opportunities for Gerda, Nadja and Nicole to travel with him on his sabbatical appointments and conference excursions. He was a dedicated husband and father, and also kind neighbour and true companion to several childhood friends who he was able to connect with again during retirement. As a youth, he was active in judo, then switched to jogging later, for which he had a healthy competition with a neighbour.

While Enver is best known by colleagues as an insightful and dedicated scientist, editor and institute director, his friends knew him as a fun-loving travel, film and culinary connoisseur. Throughout his life, he kept abreast of many languages through fieldwork and vacations at countless destinations around the Mediterranean and other sites near the sea. His practice of completing manuscripts in exotic, sunny locations was an inspiration to us all! He was truly a man of the world through his family tree, the languages he spoke, the places he lived and worked, the people he knew and his kindness to all people.

May his scientific legacy live on through his numerous publications. We all deeply miss our friend and colleague.