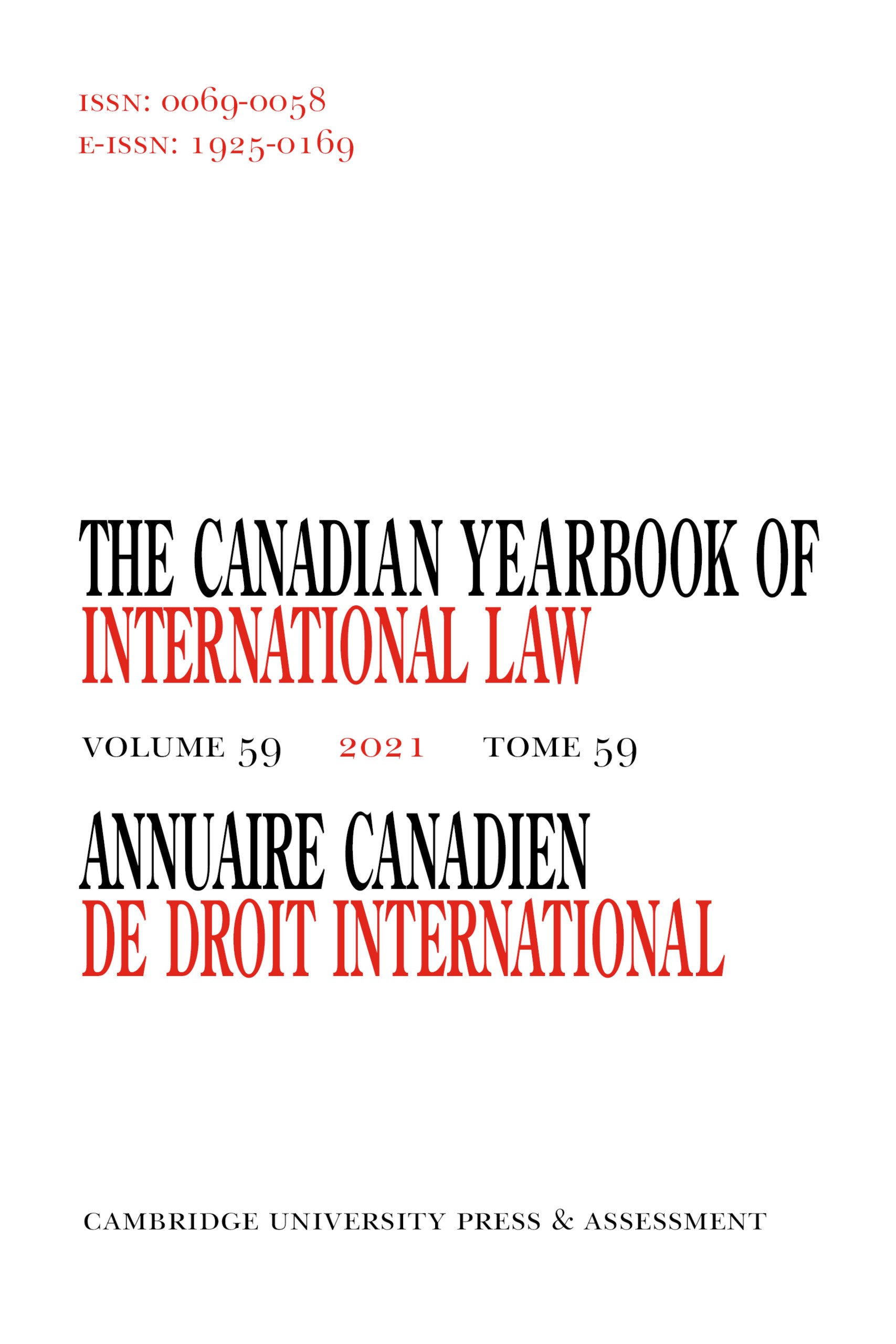 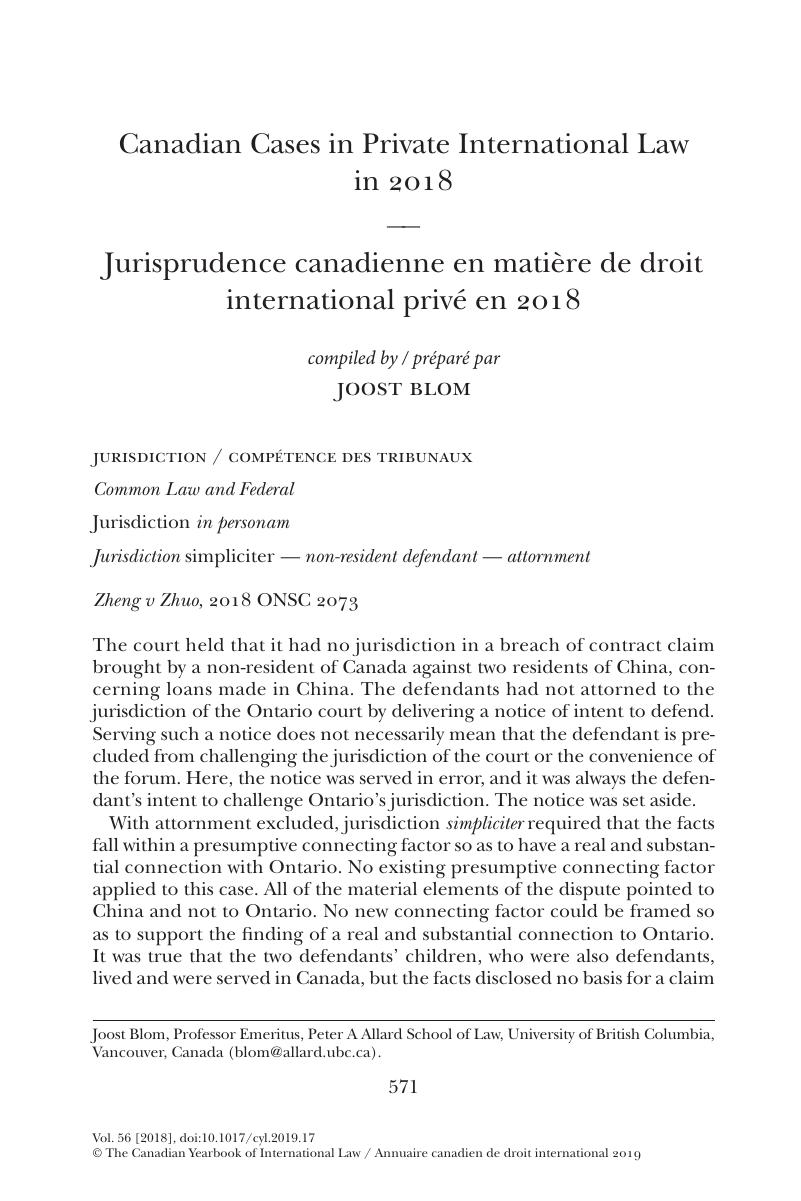 14 The court relied mainly on the presumed real and substantial connection based on a business carried on in the province. Court Jurisdiction and Proceedings Transfer Act, SNS 2003 (2d Sess), c 2, s 11(h) [CJPTA (NS)].

25 Breeden v Black, 2012 SCC 19 at para 27, [2012] 1 SCR 667. The reasoning behind this comment was that the defendant would presumably likewise suffer a disadvantage if unable to make its defence before the foreign court as it wished to do.

28 Haaretz.com, supra note 26 at paras 109–19 (Abella J), 144–46 (Wagner J). Abella J favoured extending that test to jurisdiction simpliciter by allowing the presumptive connecting factor of the place of the tort (that is, the place of publication) to be rebutted if the place of most substantial harm was elsewhere (paras 120–30), but Wagner J seemed not to want to go that far (para 147).

38 CJPTA (BC), supra note 2, s 3(e). The court did not rely on any of the presumptions of real and substantial connection in s 10.

40 Under the transfer provisions of the CJPTA (SK), supra note 21.

50 The power to order the return of a child to a country from which it has been wrongfully removed is in the Family Law Act, SBC 2011, c 25, s 77. The provisions are couched in the terminology of the Hague Child Abduction Convention, supra note 45.

58 Art 3093 contains the choice of law rule (custody is governed by the law of the child’s domicile) and art 3142 the jurisdiction rule (Quebec authorities have jurisdiction to decide on custody provided the child is domiciled in Quebec).

76 Art 3 requires that the request must be made by the “authority,” which in Ontario is the Ministry of the Attorney General, or by a “judicial officer competent under the law of the State in which the documents originate.” The court held that the applicant’s lawyer was such a judicial officer.

97 The second paragraph of article 3111 reads, “Where a juridical act contains no foreign element, it remains nevertheless subject to the mandatory provisions of the law of the State which would apply in the absence of a designation.” It is a proviso to the first paragraph, according to which a juridical act, whether or not it contains any foreign element, is governed by the law expressly or impliedly designated in the act.