Interpreting: A window into bilingual processing 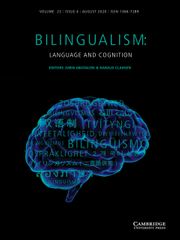