Anxiety of Childhood and Adolescence 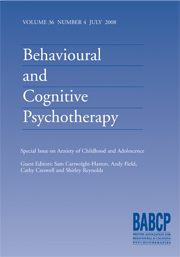