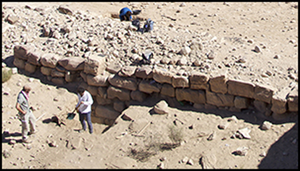 A multidisciplinary project challenges traditional approaches to the rural landscape of Petra in order to understand its agricultural systems and the quantitative and qualitative aspects of a lived landscape.

The ancient city of Petra is rightly known for its long-distance trade connections and spectacular funerary architecture (Markoe Reference Markoe2003), but its inhabitants’ capacity to live in extreme environments was just as important for the city's success. In the past two decades, archaeological surveys in Petra's hinterlands have documented pervasive and heterogeneous landscape modifications that enabled agriculture in the semi-arid territory of southern Jordan (Tholbecq Reference Tholbecq, Schmid and Mouton2011; Kouki & Lavento Reference Kouki and Lavento2013; Knodell et al. Reference Knodell2017). Building on those findings, the ‘Petra Terraces Archaeological Project’ (PTAP) is studying the construction, repair and collapse of ancient terrace walls and dams in a single watershed north of the city (Figure 1). The PTAP aims to produce a detailed, diachronic analysis of how people in the past shaped their environment by controlling—and at times also failing to control—flows of water and sediment along that watershed. Combining archaeological, geoarchaeological, archaeobotanical, architectural and ethnographic approaches, the PTAP will enhance and refine scholarly understanding of Petra's hinterlands and of human-landscape interactions in and around Petra from antiquity to the present. 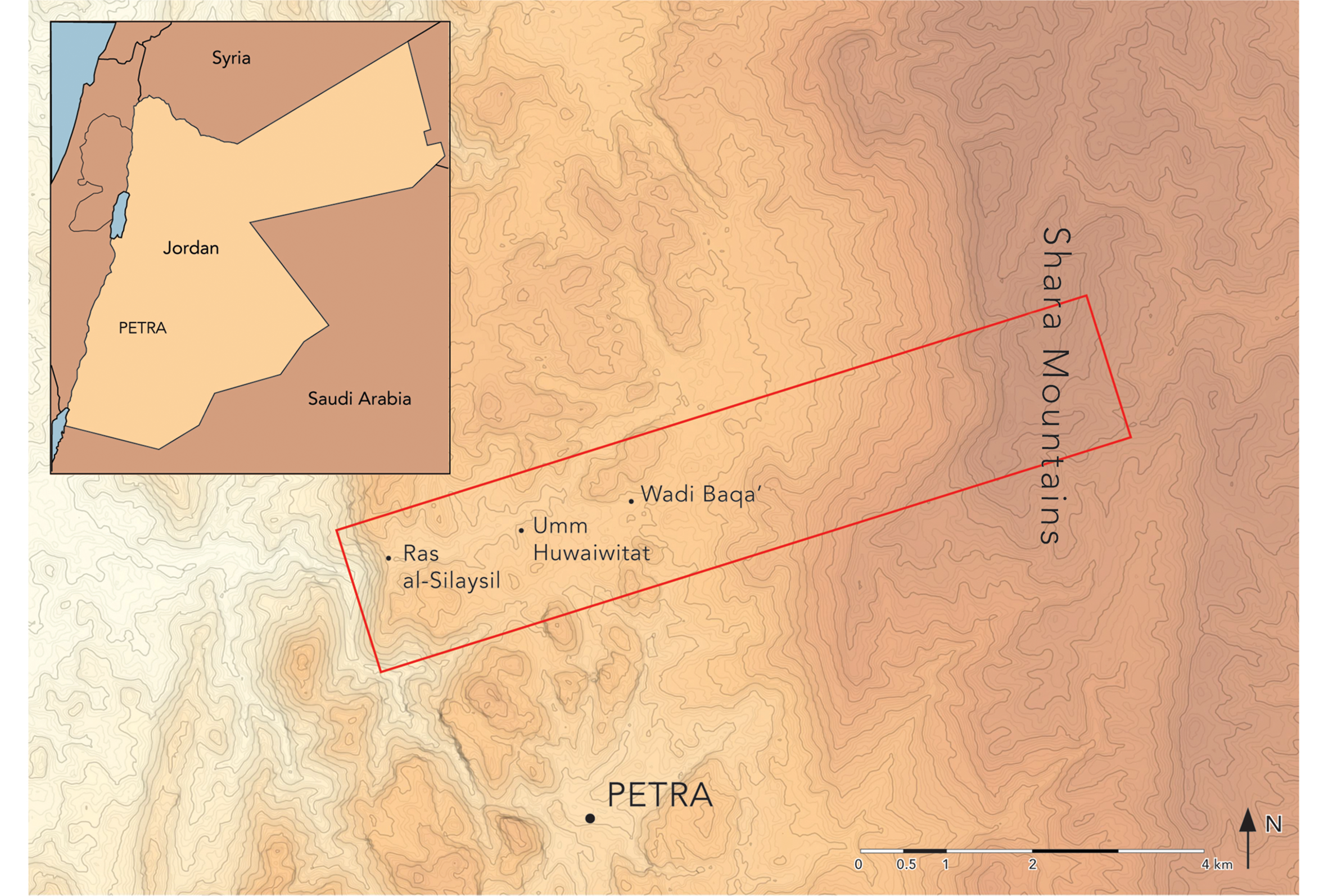 The documentation of anthropogenic features beyond the Petra city-centre has shed light on life in the countryside over the past two and a half millennia. Rather than separating those features into discrete categories and chronologies of analysis—i.e. Nabataean terrace walls and tombs; Roman wine and olive presses; Islamic cisterns and pools and the like—the PTAP approaches the watershed as an extensive, complex and variably integrated system of archaeological assemblages (Lucas Reference Lucas2012: 194–204). These assemblages include the artefacts that have traditionally merited archaeological attention, but also the crops that were grown there; the soils and seasonal waters that walls and dams controlled; the gods to whom people prayed; and the generations of people whose experience and knowledge made that environment what it is today.

Two collections of papyri relate directly to agriculture and landholding in Nabataea. Those collections provide insight into how local rural landscapes were conceptualised at different moments in antiquity and complement archaeological data: a set of late first-century and early second-century AD private documents found near the Dead Sea (Lewis et al. Reference Lewis, Yadin and Greenfield1989; Yadin et al. Reference Yadin, Cotton, Naveh and Gross2002), and an archive of sixth-century AD Greek documents found in one of Petra's churches (Frösén et al. Reference Frösén2012–2018). They record information about toponymy, which specific crops were grown and the nature of plot boundaries. They demonstrate that when agricultural holdings were sold or inherited, they were understood not simply as tracts of fertile land, but precisely as complex assemblages. What was transacted included land, trees, dry wood and springs, but also irrigation ditches, areas of shade and sunlight, dung-reservoirs and even strictly timed diurnal and nocturnal watering rights.

To study the sophisticated archaeological assemblages in Petra's northern hinterlands, the PTAP has identified several key nodes of the watershed where natural changes in geology and topography act in tandem with terrace walls and dams. At these nodes, potentially devastating flows of water and sediments were manipulated to retain agricultural soils, distribute water over agricultural lands and minimise the impact of seasonal flash floods. The PTAP's present and future work focuses on those areas: Ras al-Silaysil, Umm Huwaiwitat, the Wadi Baqa’ and the slopes of the Shara Mountains (see Figure 2). 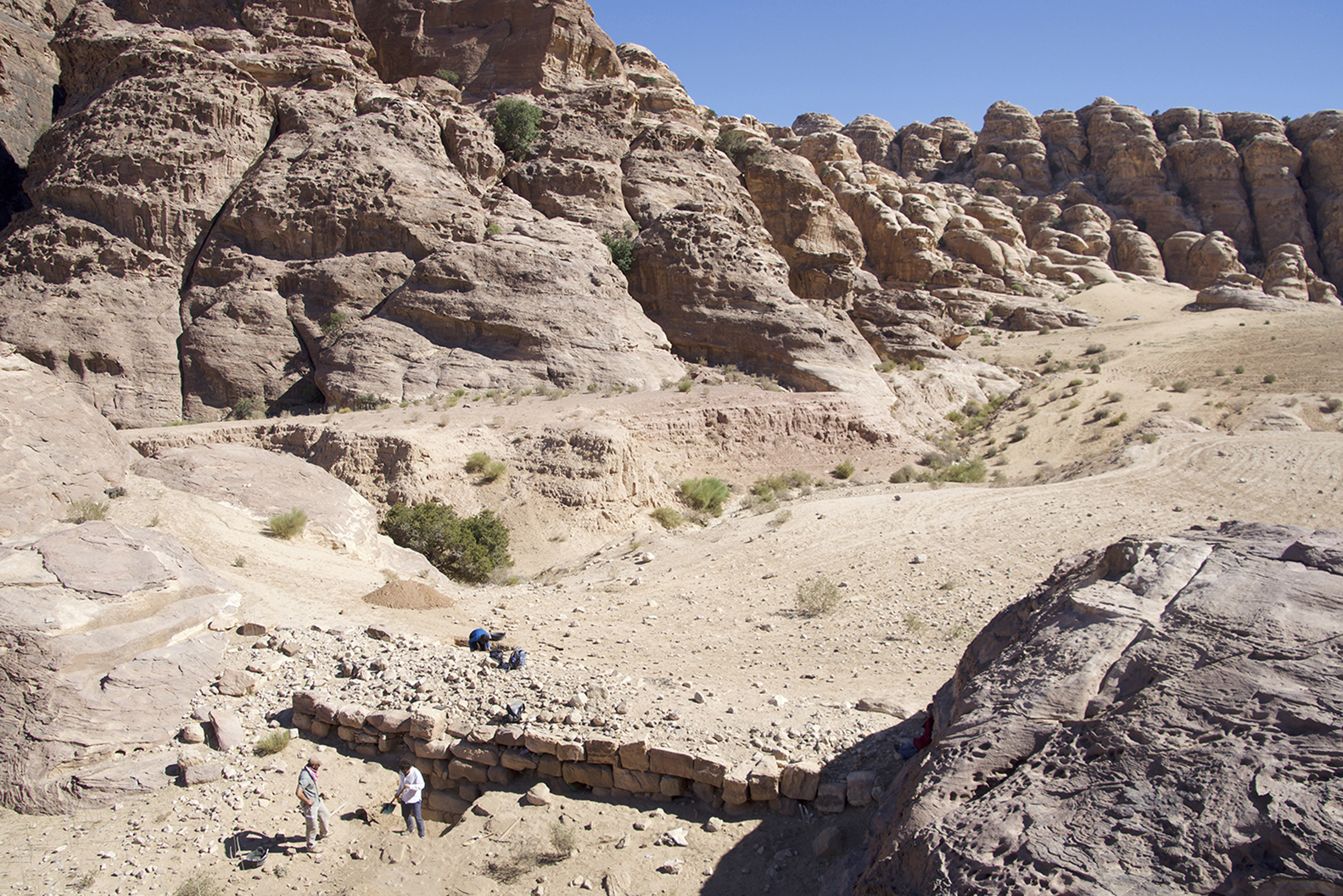 Our ongoing work combines methodologies and involves multiple scales of analysis. We excavate to foundations both upslope and downslope of terrace walls, document masonry and construction techniques for architectural study, and expose stratigraphic profiles of retained soils for geoarchaeological and archaeobotanical analyses. After two seasons, our studies have yielded new information about ancient agricultural techniques at Petra. Micromorphological analysis of terrace fills has provided direct evidence of irrigated agriculture: silty sediments redistributed by water and tilled to produce soils suitable for growing crops (Figure 3). Furthermore, phytolith analysis suggests that trees—as opposed to only grasses and cereals—were grown there. Low concentrations of phytoliths of date palm, a type of crop attested as a major source of revenue for farmers in Nabataea in literary and archaeological sources (Hadas Reference Hadas2012), were found in most agricultural horizons. 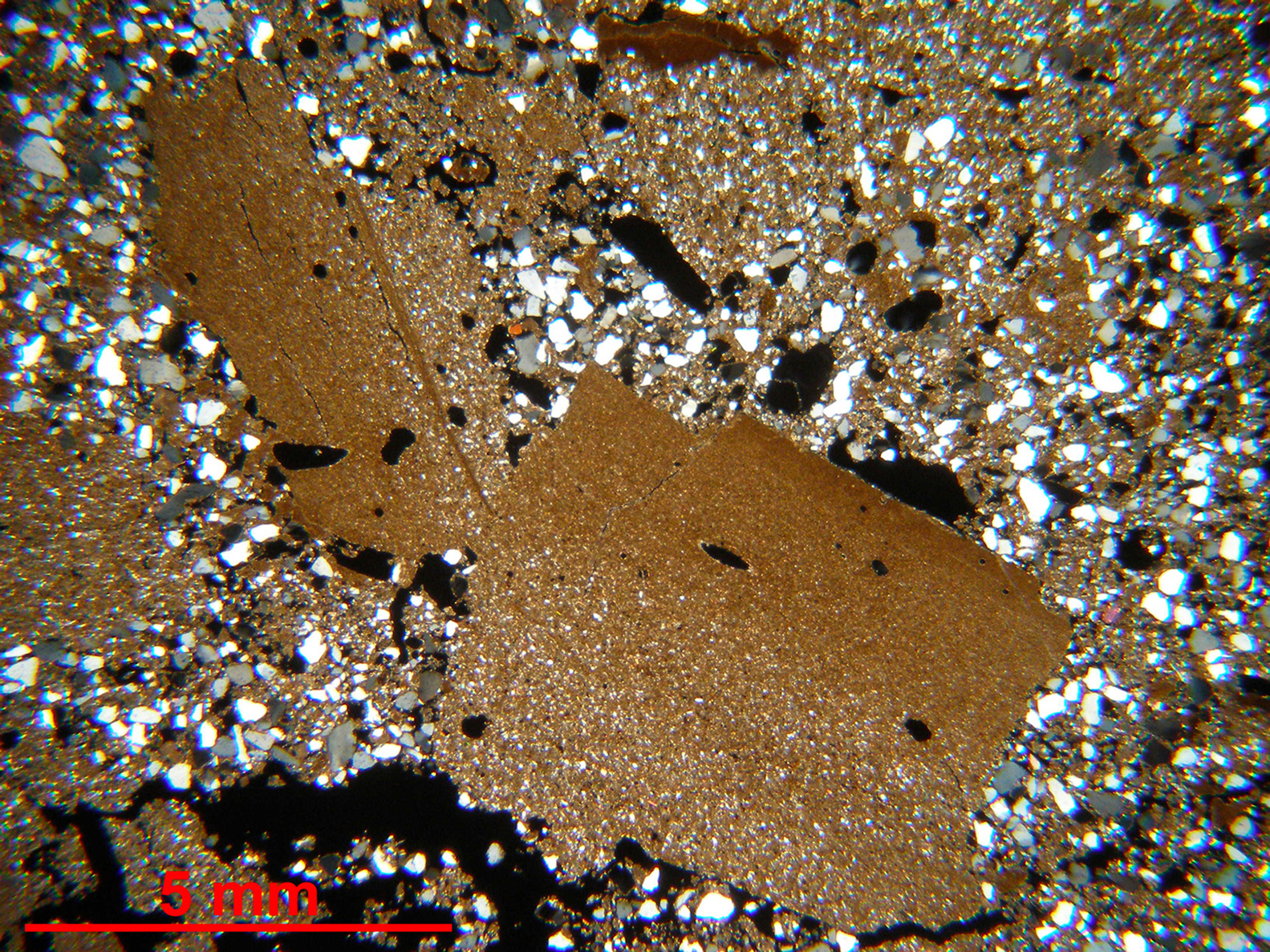 The identification of ancient agricultural horizons will enable more precise dating than has hitherto been possible for the periods during which terrace walls impeded erosion long enough to produce fine-grained agricultural soils. Previous dating of agricultural terraces at Petra used exposed profiles or sediments immediately below terrace walls (Beckers et al. Reference Beckers, Schütt, Tsukamoto and Frechen2013). The PTAP will combine OSL dating of samples taken from foundation levels with radiocarbon dating of humic fractions of active agricultural horizons, a method that will allow us to date the construction of individual terraces and provide insight into natural and anthropogenic transformations of the entire watershed. OSL and radiocarbon dating are still in process. A single OSL date (from 2018) from soils behind an ancient terrace in the Wadi Baqa’ has been processed thus far, providing a date of 1936±154 ya (71 BC–AD 237). That date accords with expectations from ceramic and architectural studies.

The PTAP is also committed to multi-modal visual documentation of the landscape. Measured hand-drawn plans, sections and elevations of terrace walls, combined with photogrammetric recording, enable us to generate typologies based on morphology, on construction techniques, and on the placement of terrace walls and dams with respect to pre-existing slopes. In 2019, we tested lidar and airborne photogrammetry to produce elevation models for experimenting with hypothetical water-flows (Figure 4). We also employ non-measured analytical drawings to visualise the natural topography and anthropogenic changes to it. These drawings capture a combination of quantitative and qualitative aspects of the landscape. Watercolours aim to convey chromatic information and the impact of ephemeral interventions such as gardens and flowing water (Figure 5; see Berenfeld et al. Reference Berenfeld, Dufton and Rojas2016); free-hand maps of contours and features evoke the experience of specific clusters of interventions that are flattened in aerial views (Figure 6). Non-measured drawings work in tandem with our standard GIS database, providing a methodological and intellectual counterweight to conventional digital ways of conceptualising, mapping and analysing ancient landscapes. 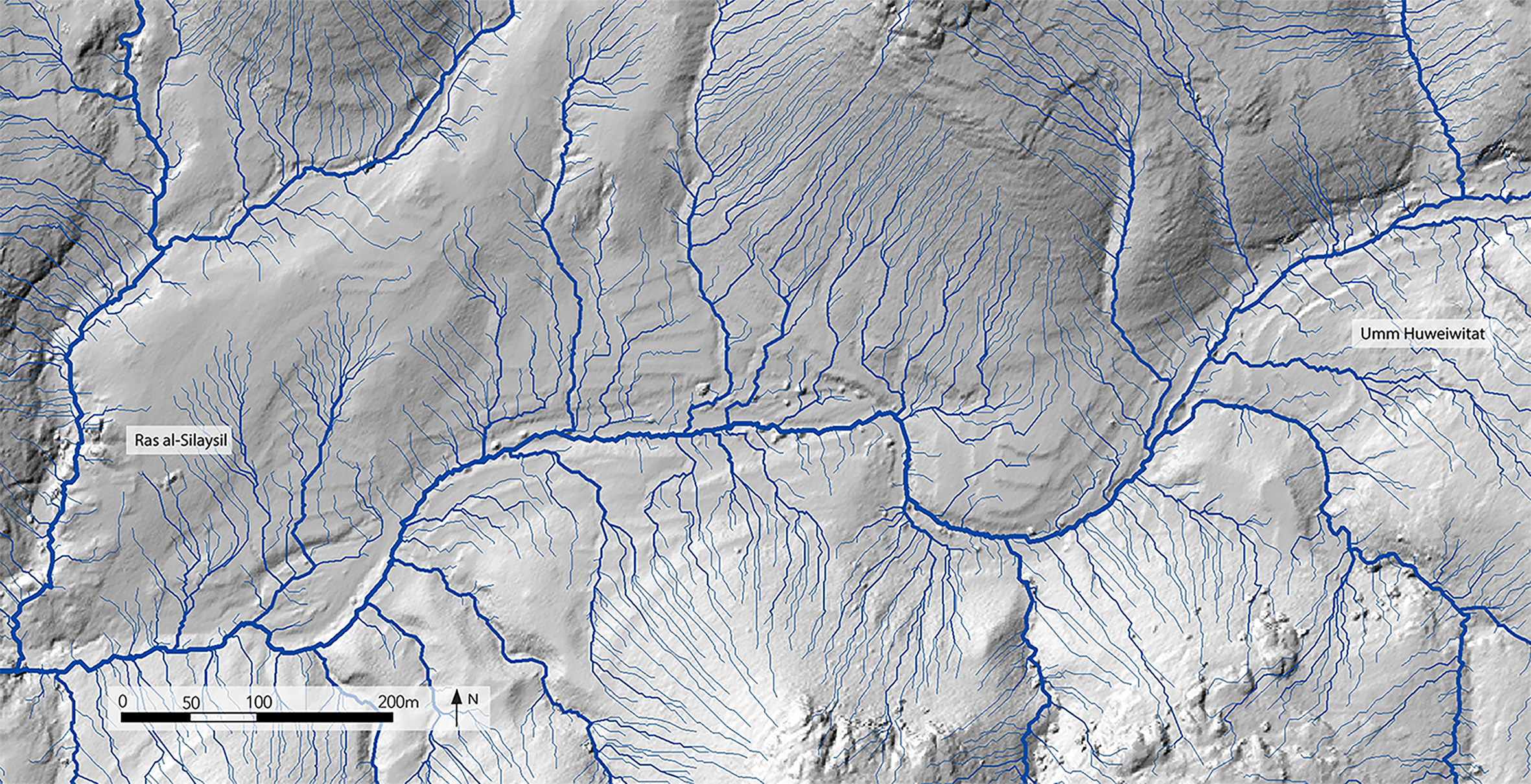 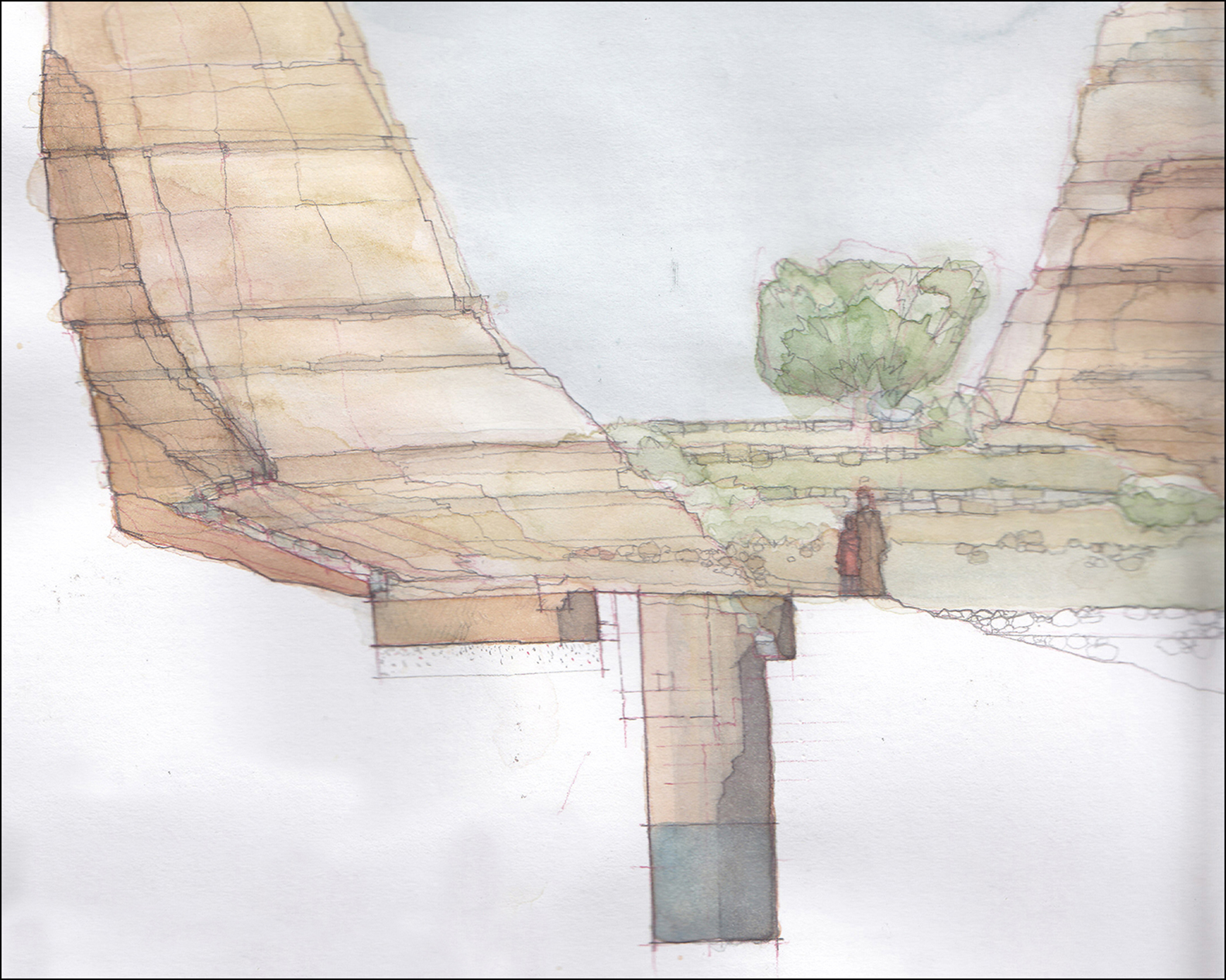 The PTAP's multidisciplinary approaches—archaeological, architectural, historical and ethnographic—demonstrate that the agricultural systems of the hinterlands of Petra, although only recently attended to by archaeologists, have key contributions to make to the study of the long-term history of environmental inequality; to the dynamics of imperialism in the region; to the interaction between local and imported agricultural practices; to changes in urban, suburban and rural experiences; and to emic understandings of the clustered features where life took place in the countryside. Our investigations challenge the exceptionalism that has sometimes informed the history of research in Petra and engage in discussion about ancient agricultural practices on a global scale.

The authors wish to thank the Department of Antiquities of the Hashemite Kingdom of Jordan and the Petra Archaeological Park for their help and support, and one anonymous reviewer for their suggestions. 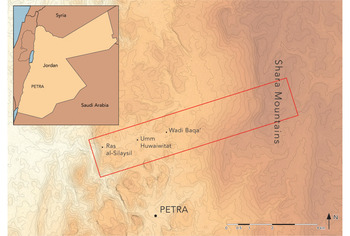 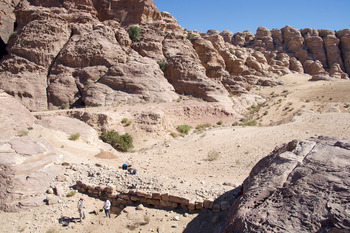 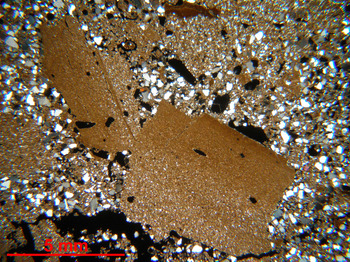 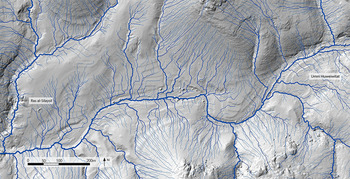 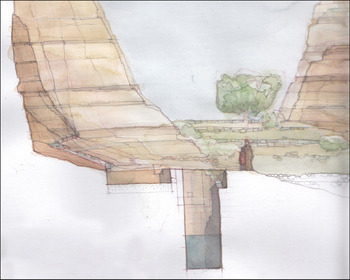