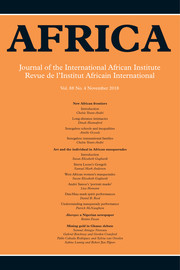 Art and the individual in African masquerades