We then searched plant in claims (((Plant*) <in> CLAIMS)) and removed all patents from search one that were also found in search two.

Included in our final analysis were 1144 patents that claimed mouse genes, mostly in the form of nucleotide sequences, but also amino acid sequences and a small number that claimed a gene by name. Prior to 1996, US patents did not require the genetic sequences to be listed with an associated SEQ ID.

The resulting list of patent number–sequence ID pairs was matched, using a simple Python script written by postdoctoral fellow at the University of Alberta, Dr. Andreas Strotmann, against the Cambia Patent Lens database of genetic sequences extracted from US patents retrieved in June 2008.12

We retrieved, in FASTA format, nucleotide sequences for 32,351 DNA SEQ IDs in 929 patents and 179 amino acid SEQ IDs in 105 patents for a total of 32,530 sequences or sequence patterns listed in 983 patents (note that some patents listed both nucleotide and amino acid SEQ IDs). This data set was then manually filtered to retain only those sequences that were actually claimed in patents. We collected patented sequences that were not matched to the Patent Lens database from the Entrez database (if only the gene name was specified), from the patent claims themselves, or from the Patent Analysis website.13

To determine the parts of the mouse genome that corresponded to the sequences in these patents, Dr. Songyan Liu, a bioinformatician, and his colleagues at the University of Manitoba performed a BLAST (basic local alignment search tool) analysis of all nucleotide and amino acid sequences identified earlier, using standard settings except for the following: Tag length ≥ 25; Expect < 0.001; Score ≥ 48 (Figure 10.A1). The Expect value setting means that there is a less than 1 in 1000 chance that the gene match is the result of pure chance. This is significantly lower than in the usual bioinformatics setting but higher than the Expect=0 exact match requirement in Murray and Jensen (2005).14 The reasons for this choice are (1) most patent documents specifically state that they cover any genetic sequence similar to the one listed in the patent and (2) the sequence being patented and the corresponding sequence in the Ensembl database may be from different alleles of the same gene. In all cases, we retained only the best hit. 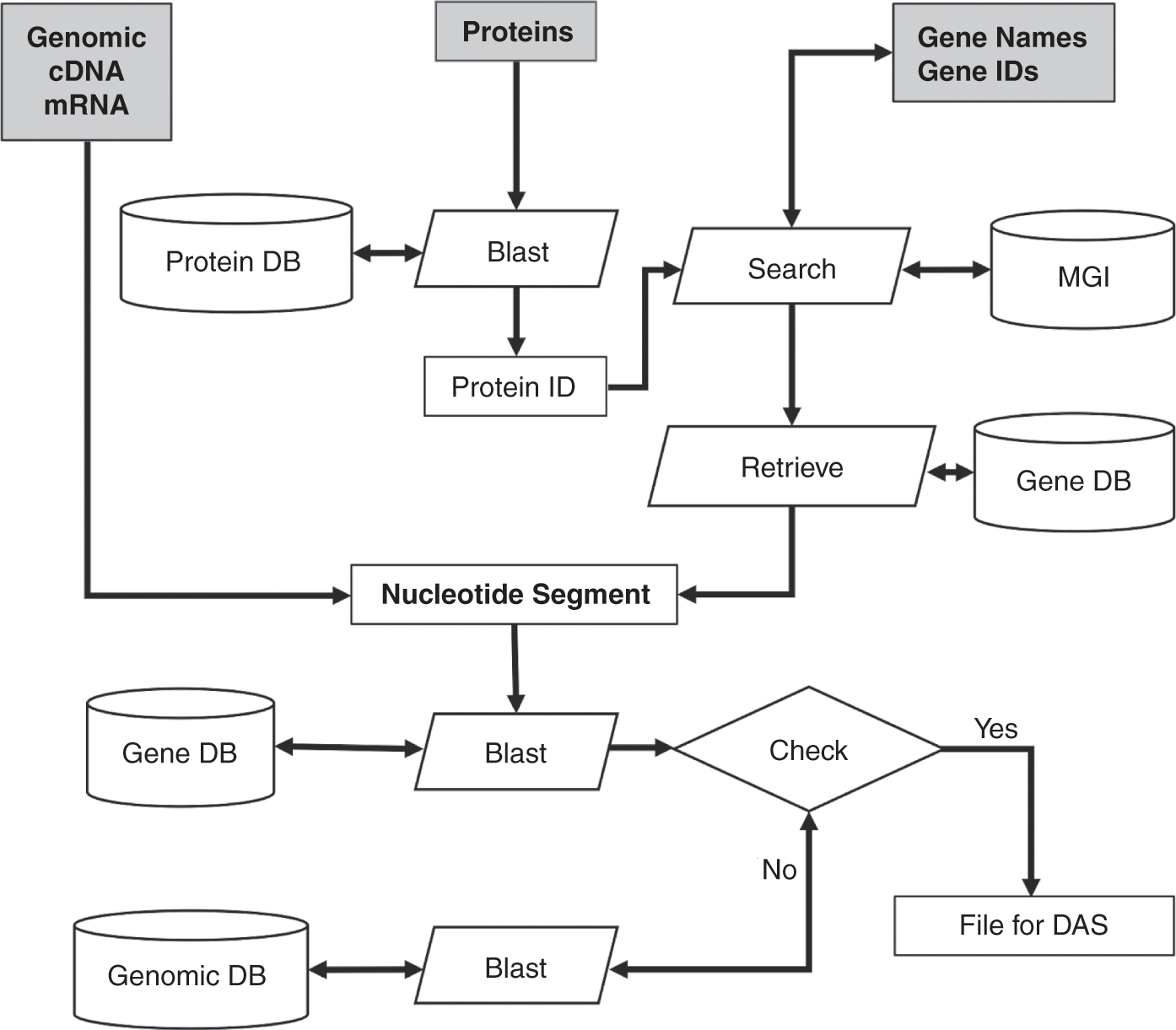 Figure 10.A1 Schematic of BLAST analysis – to match sequences identified from patents to the annotated mouse genome.

Our matching method identified 1692 genetic sequences from 952 mouse genes claimed, as a whole or in part, in 1049 US patent applications; including one mitochondrial gene (out of 37 known). This equates to 2.9% of the 32,480 mouse genes available in NCBI Mouse Build 37 against which we matched our sequences. Other sequences were from unknown species with low homology to the mouse genome, were for noncoding fragments (i.e., did not map onto known mouse genes) or were artificial sequences.

For each of the 952 identified genes, Dr. Songyan Liu, at the University of Manitoba, and his colleagues extracted the following information from bioinformatics databases in December 2008:

We also calculated statistics for genes using the MGI Gene Ontology Slim Chart Tool. These statistics were in addition to information specific to each genetic sequence mapped to each gene: Strand matched; Direction of match; Position of matched sequence in the genome; Chromosome (1-Y, mitochondrial); and Quality of match (score).

For comparison purposes, Dr. Songyan Liu randomly selected a comparable number of unpatented genes. First, we randomly determined 2000 Ensembl Gene database entries for mouse genes. Of these, we removed 56 that were in the list of patented genes. Second, we searched for the remaining 1944 genes in MGI and identified 2012 hits. We removed 489 genes from this list if they did not have an official MGI symbol, 47 genes because they were in fact pseudogenes, and 96 genes because they were duplicates, including genes with multiple loci or Y chromosome genes that were a duplicate of X chromosome genes. In total, therefore, we selected 1397 genes for the control set to compare against our 952 patented genes out of a total of 32,480 possible genes (including mitochondrial genes) from NCBI Mouse Build 37.

As earlier, we extracted the following information in February 2009 on the genes from bioinformatics databases:

The goal of our statistical analysis, performed by consulting biostatistician Dr. Shawn Morrison, was to determine if the citation and publication rates for publications on mouse genes (1) changed after patenting and (2) differed between publications on patented and unpatented mouse genes. We considered eight time periods: ±1, ±3, ±5, and ± 7 years before and after patenting. For patented genes, date “0” was the date the US patent was granted. For non-patented genes, date “0” was the median time from the original publication to the date of the search. This gave us a distribution of publications that had from 0 to at least 14 years of publication and citation data. Given the length of time from scientific publication to patent grant, the two data sets had similar distributions around the patent date and the median publication date.

We retained only those articles that had sufficient data to estimate all year intervals for analysis. For example, if an article had ±4 years of data, it was included in the ±3 years analysis, but not the ±5 analysis. Some genes had sufficient data for the pre-patenting period but not the post-patenting period (and vice versa), and therefore sample sizes vary for each period.

Data in the original data set was on a per article basis (citations per year and per article). We re-summarized this information on a per gene basis rather than a per article basis. For example, in a given year, if one article about gene ‘X’ was cited 10 times, and another article about gene ‘X’ was cited 5 times, then the result was a total of 15 citations for that gene in that year. This per gene data was used to calculate citation rates and was the basis for summary statistics and t-tests (described later).

We calculated the publication and citation rates per gene for the eight periods. Calculation of citation rate requires information regarding the change in the number of publications/citations from one year to the next. For example, the citation rate in the first year post-patenting would be the rate from Year 0 to Year 1, the rate for the second year would be the rate from Year 1 to Year 2, and so on. More formally, the citation rate was the natural log of the ratio between the years of interest – this provides an estimate of the instantaneous rate of change at that point in time (i.e., the slope).

Some genes had a number of publications/citations in a given year but declined to zero citations in the next. This created difficulties in calculating rates (i.e., division by zero), and these genes were excluded from analysis. Fortunately, this only applied to a relatively small number of genes. The exception to this filtering rule occurs when both the starting and ending years had zero citations. In this case, the rate was unchanged (and calculated as a rate of change = 0.00).

Therefore, the years used in the calculation of publication rate for this analysis are shown in Table 10.A1 (note that the same rate calculation was applied to citations).

Table 10.A1 Rate calculations for publications

To estimate the percentage increase in citations over a given period, it is necessary to convert the instantaneous rate of change (r) to the finite rate of change (λ) as follows:

λ = er, where “λ” is the finite rate of change and “r” is the instantaneous rate of change. λ may be thought of as a “multiplier” between years. In the previous example, one would have to have an increase of 10% for the number of citations to increase from 10 to 11. The multiplier in this situation is 1.1, or a 10% increase.

The relationship between r and λ is shown in the accompanying table.

Summary statistics for publication and citation rate per gene were calculated for each time period (Tables 10.A2–10.A5). Time periods were compared using Welch’s t-tests19 which are similar to the common Student’s t-test but without the requirements for equal variances or equal sample sizes. A t-test was conducted for each period (±1, ±3, ±5 and ±7 years pre- and post-patenting) within publications and citations. Welch’s t-tests were then used to compare each time period between patented and unpatented genes for both publication and citation rates. To compensate for false positive significance as a result of large sample sizes and multiple t-tests, we increased the significant P-value from 0.05 to 0.01. In the following tables, significant differences are bolded. In addition for each time period, we compared publication and citation rates between patented and unpatented genes using Welch’s t-test (Table 10.A6).

Table 10.A2 Summary statistics for publication rate per patented gene

Table 10.A3 Summary statistics for citation rate per patented gene.

Table 10.A4 Summary statistics for publication rate per unpatented gene.

Table 10.A5 Summary statistics for citation rate per unpatented gene.

Table 10.A6 Summary statistics for comparison within each time period of publication rate for patented and unpatented genes

Table 10.A7 Summary statistics for comparison within each time period of citation rate for patented and unpatented genes