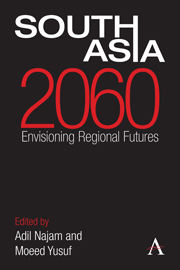 Water and History in South Asia

Human civilization in South Asia is inextricably intertwined with water. It was along the banks of the great rivers that civilization developed, with this relationship enshrined in religious and cultural traditions and values. The development of contemporary South Asian economies, too, is deeply linked to water. Over the last 150 years massive investments were made to reduce the natural rhythms of rivers to better serve people's needs for food, water and safety from floods. The rewards from these investments is clear – in the massive growth of food supply, in the high correlation between irrigation and wealth, and in the production of cheap, clean hydropower. And as in ancient times, those who built such infrastructure have often been elevated by common people to the ranks of saints. Consider just one of many examples. Understanding that the barrage in the lower Krishna River transformed coastal areas of the state of Andhra Pradesh in India from a poverty-wrecked past to a prosperous agricultural present, people in this area have transformed Arthur Cotton, the builder of the barrage, into a saint, worshipped at countless shrines in the delta.

But the history of man's relationship with water – everywhere – shows that progress is never linear, and never static. In the words of Harvard historian David Blackbourn in his book The Conquest of Nature on water management and the state in Germany: “you find that each set of proposed new measures promises to turn the trick and finally overcome the ignorance, or engineering mistakes, or political constraints of earlier generations” and yet the overwhelming reality is that “the state of the art [of water management] is always provisional.”