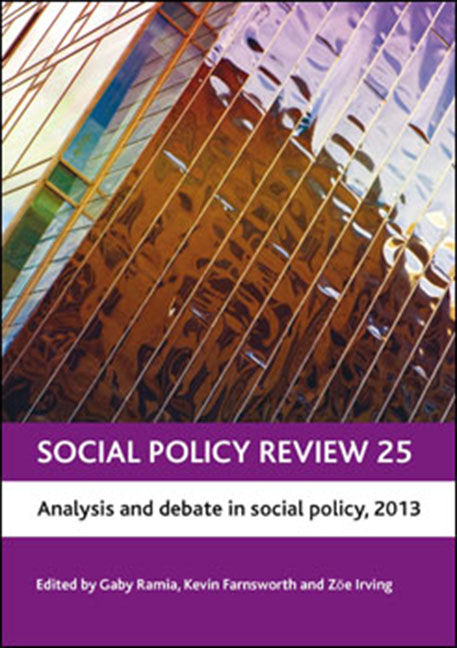 thirteen - How do activation policies affect social citizenship? The issue of autonomy

Although paid employment has always remained the main route to social security, social rights represent a necessary precondition for citizens’ social and political participation in Western democracies. By curtailing the detrimental effects of capitalist market processes, the public systems of social protection have – in the golden age of the Western welfare state – become the backbone of various social dynamics. However, since the 1980s, the continuous expansion of the welfare state has decelerated due to increasing economic and fiscal constraints that challenge its functioning.

Most prominently, the paradigm of ‘social investment’, including the idea of ‘activating’ social policy programmes, has reinforced the emphasis on paid employment as the main mechanism of social integration for all adult citizens. This paradigm shift from ‘passive’ to ‘activating’ social security provision reflects a change in the norms and objectives of social security provision, as well as a changing work ethic (Dean, 2007). The targets of social policy have changed accordingly, with a shifting focus from poverty protection and status security to the primary goal of labour market participation. In fact, the activation turn in labour market policy implies an incremental but continued reduction of social rights, such as increasing flexibility in terms of working time and wages, decreasing social benefits, and a restructuring of the profile of active labour market policies (ALMPs). At the same time, activation often entails an expansion of certain social services that facilitate the labour market participation of all adults, like public childcare or job placement services.

So, how can the fundamental change in the welfare state of the past two decades be adequately assessed and analysed? In the first section of this chapter, it is argued that a comprehensive concept of the citizen's individual autonomy can exemplify the scope and depth of this change. This subsequently calls for a precise definition of the citizen's autonomy and its interrelatedness with public action, which is developed in the first section. Autonomy, it is argued, offers a more complex and comprehensive concept for assessing social policy outcomes than many other normative notions such as ‘well-being’ or poverty protection as it refers to the individual's identity, her/his role in society, as well as her/his interaction with the public sphere and the state.