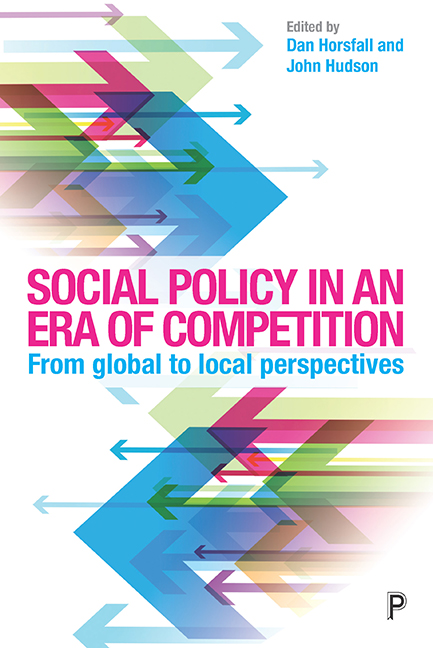 Periods of economic crisis inevitably increase the tensions between social policy and the economy. Public expenditure is underpinned by strong economic performance and, in the face of financial crisis, social policies can offer some effective short-term gains by boosting consumer demand and maintaining political legitimacy. However, slowing economic growth and recessions risk precipitating fiscal crises, where revenues fall and public sector debt rises. Thus, economic crises often lead to welfare state crises, and the post-2008 financial crisis was no exception to this.

As governments within the wealthiest economies grappled for solutions to the emerging global financial crisis and the ensuing ‘Great Recession’, they distanced themselves from dominant neoliberal ideas and, for a short period at least, Keynes was revived. Gordon Brown announced in 2009 that:

The old Washington consensus is over. Today we have reached a new consensus – that we take global action together to deal with the problems we face; that we will do what is necessary to restore growth and jobs; that we will take essential action to rebuild confidence and trust in our financial system, and to prevent a crisis such as this ever happening again.

The IMF announced in the same year the end of structural adjustment programmes for any (developed) economy that might need its assistance. Five years later, however, it was Keynes that was on the defensive. Although we have argued that ‘the’ global economic crisis is actually better understood as a distinct number of national crises linked to both the immediate events of 2008 and the subsequent economic fall-out effects, some common patterns emerged across the global economy and in policy responses (Farnsworth and Irving, 2011b; 2012). Social policies have come under increasing attack and there are signs that neoliberal economics has been strengthened, not weakened, in the post-2008 era (Seymour, 2014; Streeck, 2014; Jessop, 2015). Two key questions at the heart of the political economy of welfare have nevertheless remained constant: what is the proper role of the state versus the market; and what is the effect of the welfare state on economic competitiveness? Periods of crisis test these two questions to their limits.