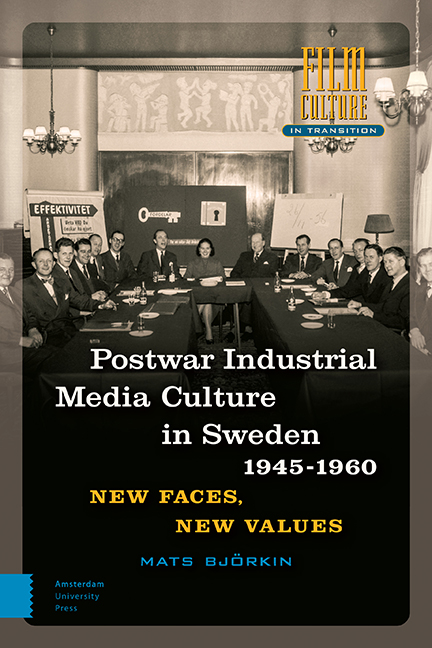 3 - Meetings for Trading Ideas and Goods, New and Old

Chapter 3 grounds in the two contextual chapters and the theoretical intermission through a discussion of how the industrial public sphere evolved though spatial contact, through the use of public relations, industry conferences, courses, and exhibitions. The development triad was challenged by both individual entrepreneurs and controversial state activities, which disrupted harmony by increasing the level and treatment of risks: political, economic, and environmental.

A memo from an executive at SAF from 1948 describes the plan for a school aimed at educating management personnel in small- and mid-sized enterprises in everything from laws and regulations, to industrial policy and policy-making. The school soon started in an old castle, Yxtaholm, south-west of Stockholm. It was a response to similar schools run by the trade unions, as well as the social democratic and conservative parties. The main purpose, though, was clear: to counteract contemporary political (social democratic) tendencies to restrain private enterprises and the perceived threats to their existence (Westerberg 2020).

Ten years later, at a speech at the Näringslivets Upplysningsverksamhet (Business and Industry Information Bureau) conference at Yxtaholm, one of the key figures in SAF's policy-making activities, Folke Haldén, described how the political discourse had become increasingly hostile to private enterprises. Haldén maps a public discourse not aware, or accepting, enough regarding where the public money came from: taxation of companies and people. He criticized the emphasis on class, by arguing that the rapid economic progress of Swedish society meant that the situation for the working class was now so different from before the war, that the old political analysis had become obsolete. The growing middle class, then, must be ideologically moved away from the social democratic hegemony (that had been in government since 1932) towards more business-friendly thinking. He ended with some advice for future communication: “We are judge by what we do [so we need to embrace] active information, transparency, optimism, and the use of a language suitable with whom you are talking.”

The industrial organizations obviously had a political agenda. If we use the term “industrial (or production) public sphere,” the strategies for its development had to involve the organizations, the networks, the schools, and the courses in order to prepare for broader public relations work.