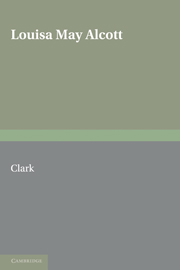 At the start of her career Louisa May Alcott followed the reviews of her books with interest. In January 1865 she writes in her journal, “Notices of ‘Moods’ came from all directions, & though people didn't understand my ideas owing to my shortening the book so much, the notices were mostly favorable & gave quite as much praise as was good for me.” Yet she seems not to have dwelled long on the reviews even then: to James Redpath, who published Hospital Sketches in 1863, she writes, “I send the few notices I have kept, but as I do not see many papers I have not much to offer in the way of vanities, though I often hear others speak of notices they have seen.” She continued to track reviews with some interest in the early 1870s – whether she herself clipped the ones that have survived and are now in the Houghton Library at Harvard University, or they were clipped by family members and friends, or they were sent by her publisher with an eye to advertising copy.

As for the reviews themselves – although Alcott's Flower Fables garnered several notices when it appeared in 1855 (more later, in 1887, when it was retitled and augmented), her first book to receive serious attention from reviewers was Hospital Sketches (1863), a slightly fictionalized account of her experience as a Civil War nurse in Washington, D.C. The reviewer for the New-York Tribune may have been uncomfortable with the foregrounding of “the comic aspects of hospital life,” but most reviewers agreed with the Boston Evening Transcript in finding the book “[f]luent and sparkling in style, with touches of quiet humor and lively wit, relieving what would otherwise be a topic too sombre and sad.’