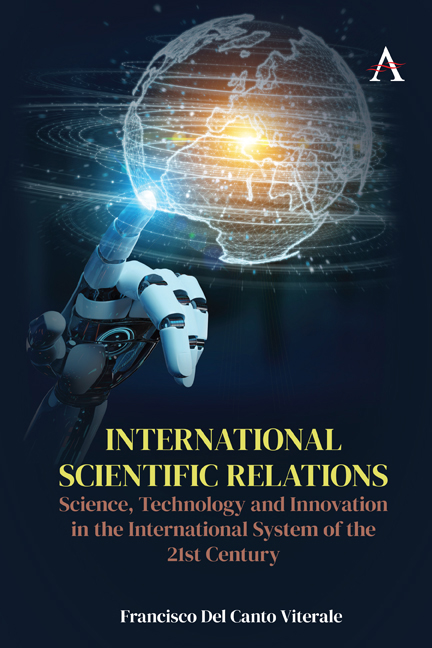 Although the links between science, technology, and innovation (STI) and international relations have been very close throughout history, the magnitude, depth, and relevancy acquired by this relation in the current international stage is unprecedented. The deep changes that have taken place in the international system in the past 30 years have boosted STI as a key instrument for achieving economic, political, and social development. This has resulted in the acceleration and intensification of the interaction dynamics between STI and international relations with strong repercussions for the configuration of the world order.

The scientific and technological transformations and their economic, social, political, and cultural implications that have occurred within the international system from the last quarter of the 20th century to the present day give the impression of living in a key moment in the history of humanity. The speed and depth of the intensive application of new technology to numerous areas of daily life make it difficult to assess the impact that all these changes are generating on the new international system. Nonetheless, it is safe to say the post–Cold War international system is experiencing a reconfiguration of its main systemic parameters in which STI has become a critical factor.

With this objective in mind, this introductory chapter will address some basic conceptual definitions, a brief evolution of STI throughout the history of international relations, a description of STI in a new context of knowledge economy and knowledge society, and introduce the novel interaction and overlap between STI and international relations,

The dawn of science

The origin of scientific knowledge and modern science can be traced back to Francis Bacon's Novum Organum (1620) and Descartes's Discourse on the Method (1637), the starting point from which we can consider knowledge to be scientific.