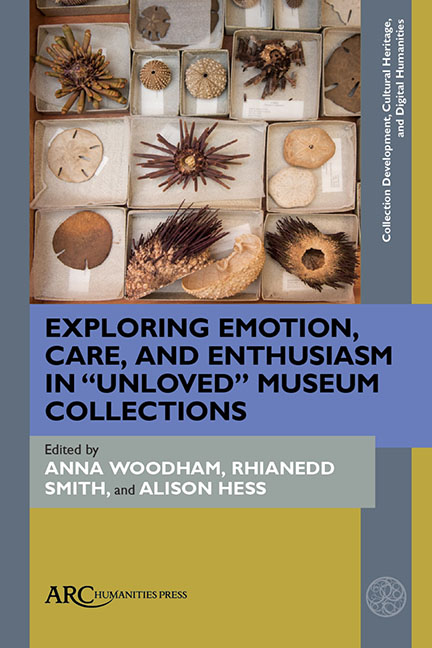 Chapter 1 - Unlocking the Meanings of Collections: Expertise, Care, and the Science Museum’s Locks and Fastenings Collection

THE LOCKS AND fastenings collection at the Science Museum, London is an eclectic collection that maps the evolution of security throughout the ages. It is made up of 497 original pieces, replicas, and scale models. This volume of essays explores the place of “unloved” objects in museum collections, a definition that sits well with the locks and fastening collection. However, there is an intricacy and beauty to this collection (particularly of those examples from the eighteenth century) that sets them apart from some of the other objects discussed in this volume. It is for this reason that locks feature in the collections of both the Science Museum and the Victoria and Albert Museum (V&A), London, where they are appreciated for their design as much as their functionality. Collected by the Science Museum to illustrate a developing technology, the twentiethcentury models are the most challenging to display. These later models are much closer to the more familiar padlock, objects where functionality rather than aesthetics was the priority for the designers. The Science Museum acquired these locks in the same spirit, using them to illustrate a gradual evolution of lock design up until the mid-twentieth century. Currently, however, this style of collecting is out of fashion in the professional museum sector, leading to questions about the value of such collections. When the “Who Cares?” project was being developed, the lock collection did seem to be particularly “unloved,” as the Locks Gallery had recently been closed and the entire collection was about to be moved into storage.

The Locks Gallery, originally opened in 1972, was located in the basement of the Science Museum. For the latter part of its history, it was located in the Secret Life of the Home Gallery, which presents the history of the development of domestic technology. The museum files that record the development of the gallery show that the curators took inspiration from Vincent Eras's Locks and Keys throughout the Ages. In his book on the social mechanisms that make actors and organizations in the public sphere perform in “civilized” society, Papakostas refers briefly to: “[o] ne book that mixes the professional and collector aspects is Vincent J. M. Eras's beautifully illustrated ‘Locks and Keys throughout the Ages’ (Eras 1957).”