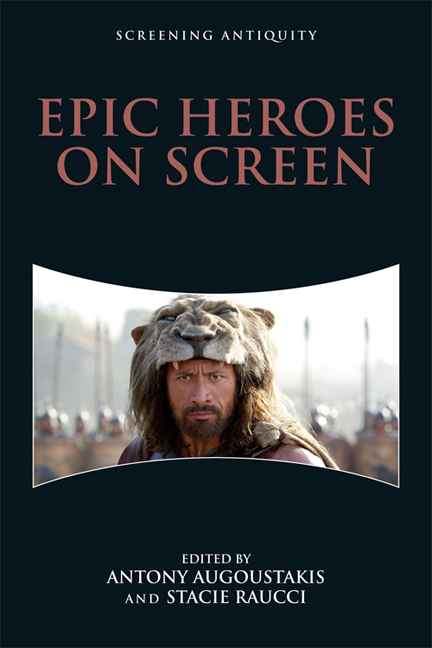 7 - The Immortality of Theseus and His Myth

How do a hero's adventures connect with the human quest for immortality? This chapter compares two fairly recent, but very different, films that both use ancient stories about the Greek hero Theseus for their plots and characters to explore this question. The first is the 2011 fantasy and CGI action film Immortals, starring Henry Cavill and Mickey Rourke, and directed by Tarsem Singh. The second is the philosophical art film Ship of Theseus, a 2013 Indian drama written and directed by Anand Gandhi, and produced by Kiran Rao, along with Sohum Shah, who is also an actor and one of the film's protagonists. While on the surface these two films could not be more different in structure and purpose, both films deal with the complex connections between the desire for immortality and the struggle for personal identity and meaning, as well as the subsequent ethics of such a quest. These issues infiltrate ancient Greek myth and are still compelling today, as is evident on all levels of culture from popular media to high-brow art.

In his 2012 book Immortality: The Quest to Live Forever and How it Drives Civilization, Stephen Cave suggests four paths people have taken to achieve immortality. He sees the ascent to the mountain as the dominant metaphor for this quest that he argues is central to the construction of cultures in different times and places. The four paths are: (1) staying alive through either magic or science; (2) resurrection, or bringing the dead to life again; (3) the perpetuation of the self through the survival of the soul; and (4) legacy, through either progeny, fame, or monuments of art. After a long exploration of each path, Cave concludes not only that none of the paths is ultimately successful but that each can have the negative effect of sacrificing the living to save the dying, of destroying the weak to perpetuate the powerful.

Taken together, the two films under analysis here examine all these mechanisms for achieving immortality, with all their inherent complications. What is most interesting in comparing the two films is the ways they overlap in exploring these questions, given their differences.