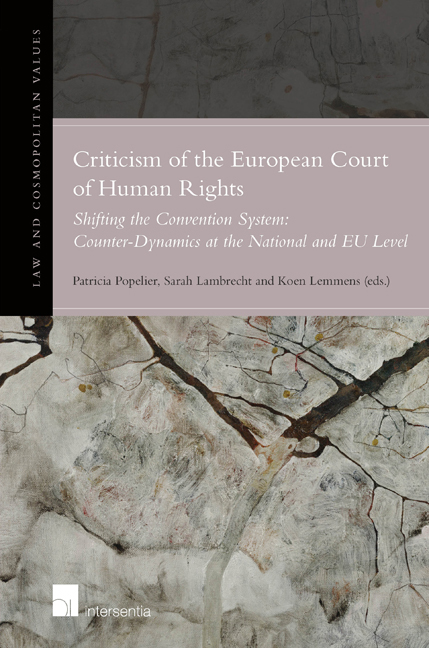 In recent years, the European Court of Human Rights has been heavily criticised by several camps. Distinguished scholars, judges and politicians all have advanced reasons to disapprove of the Court's style of functioning. Technical issues, such as the impressive backlog of the Court – which includes almost 80,000 cases waiting for a judgment – and the inordinate length of the judging procedure, have been the trigger for this set of critiques. There are more fundamental objections, as well. Specifically, some argue that the Strasbourg Court would systematically broaden the scope of the European Convention on Human Rights through a progressive interpretation, and in doing so extend its own jurisdiction. Furthermore, the Court would be paying too little attention to “local” conceptions of human rights. The inherent risk that is perceived here is of the Court delivering judgments that lack member-state-level (read: cultural and grassroots) legitimacy.

This critique can be too easily dismissed as the nationalist and anti-European logic of hard boiled (neo)-sovereigntists or (neo-)conservatives. Certainly, such logic may be at play in the minds of some critics, e.g., certain British politicians who sought to modify the European Convention on Human Rights in order to reduce the role and scope of the Court. However, the fact that similar criticisms can or at least could be heard in otherwise (mitigated) pro-European circles, as in Belgium and the Netherlands, indicates that we are dealing with an issue worthy of serious reflection.

I am most familiar with the discussion currently happening in the Benelux, particularly among lawyers. What is striking is that although the discussion as such deals with fundamental questions, it is nonetheless prompted by only incidental references to case law. That is to say, practically every participant in the Benelux discussion on the legitimacy of the Court shall sooner or later refer to specific judgments enacted by the Court to illustrate their viewpoints. Problematically, however, the representativeness of these judgments is never questioned. Such a question is essential for the overall quality of the discussion.