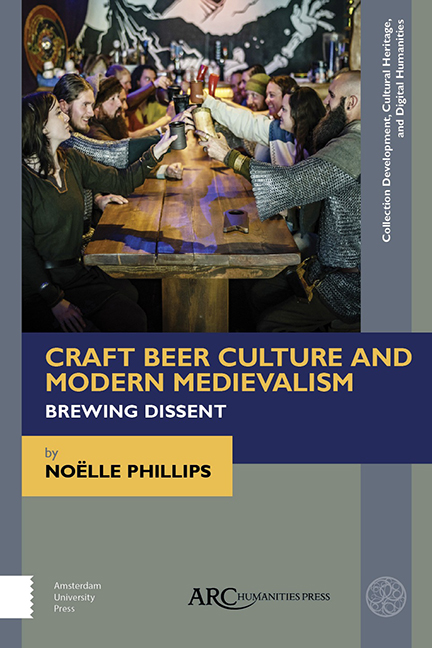 WHILE MUCH OF this book engages with the neomedievalism of the craft beer industry in North America— its imaginings of a vaguely European, often fantastical, medieval origin for the beverage— it is important to acknowledge the actual historical place of beer in medieval societies. The traction of medievalism in modern beer marketing is contingent upon the vague belief that the European Middle Ages is the geographical and chronological birthplace of beer. This is, of course, incorrect. Beer can be traced back to 3500– 4000 BCE in Egypt and Mesopotamia, where it was put to a wide range of medicinal, social, and religious uses. Evidence suggests that women did most of the brewing and named their beers creatively— “Joy-Bringer” and “Heavenly” are just two examples. While there is evidence for some kind of brewing activity on the British Isles shortly after this time, it is nevertheless clear that beer was first produced in North Africa and the Middle East and not in Europe, although it became an important feature of European society during the medieval period. Its modes of production and socioeconomic functions in the Middle Ages were varied and complex, as many histories of the beverage can attest. However, as I am primarily a textual scholar and not an historian or an economist, my focus in this chapter is upon textual representations of beer during the medieval period rather than upon an economic or archaeological analysis of its history. In addition, as explained in the first chapter, I generally restrict my analytical engagement to representations of beer in the British Isles, with occasional references to France and Germany. This choice is due in part to the fact that much North American medievalism imagines a Westernized, Anglicized version of the Middle Ages, and in part to the limitations of space within the scope of this book. Finally, I hope it goes without saying that my brief engagement with the medieval history of beer in this chapter in no way claims to be a comprehensive account, but instead a useful context for understanding the modern representations of beer's early history.