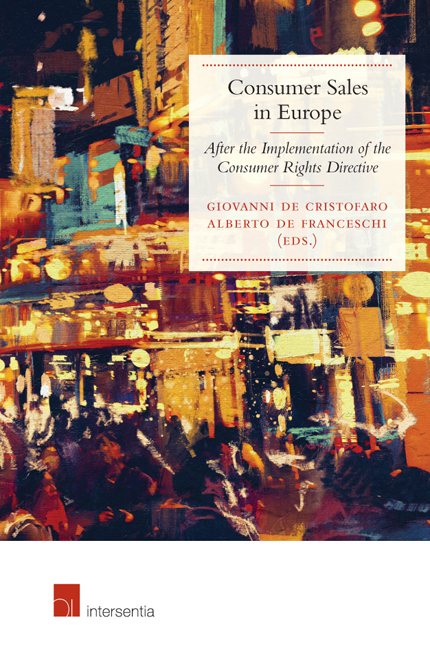 THE LEGISLATIVE CONCEPT OF IMPLEMENTATION

The process of implementing the directives in Polish law used to be quite chaotic. Some directives were implemented into the Civil Code directly (like the directives on unfair terms and product liability); others were implemented in separate statutes. The directives on off-premises contracts, distance contracts and the distance marketing of financial services were all implemented under the statute on specific consumer rights. The directives on time-share contracts and consumer credit were each implemented in a particular individual statute. The Consumer Sales Directive was also implemented in the special statute. It is quite difficult to find deeper reasoning behind Polish consumer law's fragmented structure, despite the technical difficulties in the process of drafting. One of the reasons for this structure was the inflexible ‘pandectistic’ scheme of the Polish Civil Code. The European lawmaker followed the ‘problem approach’ to adopting the directives, an approach which does not take into account the holistic concept of the Polish Civil Code. The directives usually address a specific problem (e.g. package travel) and contain rules, which potentially could govern also other matters beyond the scope of the directive (are feasible for generalisation). They differ however often from the Member States’ law which causes difficulties in the process of the implementation of the acquis communautaire in the national law.

In the case of minimum harmonisation directives, the national lawmaker naturally has more freedom to bend the rules to fit into the structure of the Code. However, in the case of full harmonisation directives (which the Consumer Rights Directive predominantly is), the process of integrating such directives into the structure of the Code is naturally much more challenging.

In the case of some directives governing the institutions or legal concepts that did not traditionally form part of the codified law, like the right of withdrawal or pre-contractual information duties, the fact that they have been implemented outside of the Civil Code has not caused major problems from the point of view of the internal coherence of the system.