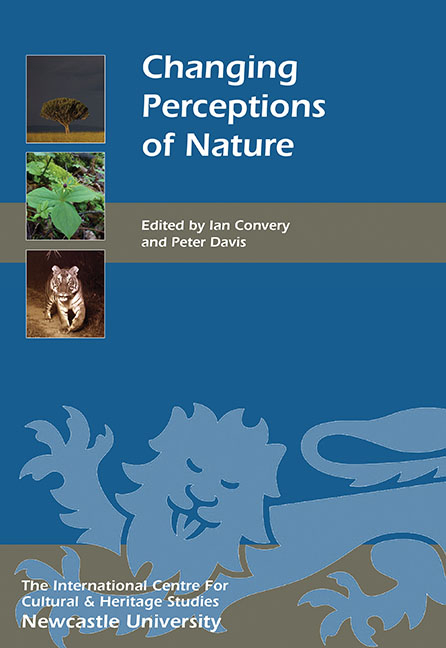 The past seventy years have seen a revolution in human attitudes to the natural environment. This revolution has not followed the same pattern in all parts of the world – that simply would not be possible given the enormous differences in climate, terrain, ecology and human condition – but the change in awareness of our environment has been profound.

Seventy years ago, most people in most places took nature for granted. They saw the great systems of the planet – climate, oceans and the diversity of wildlife – as vast and beyond our power to influence on anything but a local scale. Few people questioned their right to use natural resources as seemed best, meeting their vital demands for food, water, timber, fibre, minerals and living space. Many were encouraged in this attitude by the biblical statement that God had given humanity ‘dominion over the fish of the sea, and over the birds of the air, and over the cattle, and over all the wild animals of the earth, and over every creeping thing that creeps upon the earth’ (Genesis, chapter 1, verse 26). Economists followed this pattern by treating most natural assets as a ‘free good’ which could be left out of their models, and the idea that ‘the world's economy is a wholly-owned subsidiary of the world's ecology’ would have struck almost everyone as bizarre.

There were, of course, people who were both fascinated and inspired by nature. Some of that reverence went back millennia, to the days of the sacred grove and the altars to propitiate the gods of place. Poets like Wordsworth were passionate about it, as he himself wrote:

The mountain, and the deep and gloomy wood,

Their colours and their forms, were then to me

An appetite, a feeling and a love.

As a boy in the 1940s I remember sharing that passion, following pioneers like George Perkins Marsh, John Muir and Aldo Leopold, the architects of the concept of ‘wilderness’ and of the National Parks movement throughout the world.