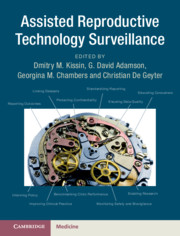 ART was pioneered in Africa in the 1980’s. Subsequently, ART centres emerged around the continent, mostly by specialists acquiring skills abroad. Despite this, ART activity remains scant in most African countries and absent in several others.

Historically, ART surveillance in Africa has been similarly scant and fragmented. Recently however, the African Network and Registry for ART (ANARA) has been established with the vision to reduce the high burden of infertility in Africa through ART; and its mission to bring together ART centres within and across countries and to collect data pertaining to availability, utilization, effectiveness and safety of ART. First registry data, collected from 40 centres in 13 countries, and will be published shortly. ANARA protects the anonymity of centres and patients and the ownership of data.

The successful establishment of ANARA is rooted in a collaborative spirit of engagement with ART centres and other stakeholders, developmental assistance from both the Latin American and World Registry, and the importance of data in reducing the burden of infertility in Africa.

Asia is composed of more than 40 countries where about 60% of the global population live. Since Asia is the largest and geographically variable continent, where cultural and social backgrounds are very diverse in every part of this area, it is almost impossible to describe the whole area in one chapter. Rapid decline of birth rates in multiple countries, particularly in eastern Asia, drew wide public attention and promoted the treatment and care for infertile couples. Particularly, assisted reproductive technology (ART) has significantly spread in many Asian countries and its growth is still ongoing. Although ART registries were established in several Asian countries many years ago, there is no Asian regional registry because of this diverse situation of this area.