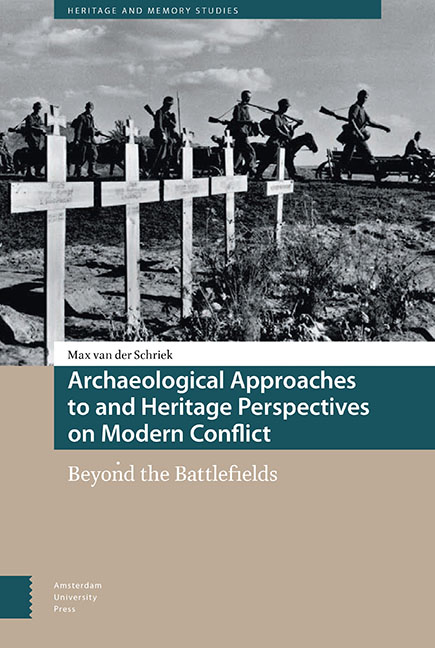 6 - The application of LiDAR-based DEMs

For the study of recent military landscapes, remote sensing data hold great potential. Light Detecting And Ranging (LiDAR) is a relatively new technique for most archaeologists. Digital Elevation Models (DEMs), derived from LiDAR-data, can be useful to map archaeological sites to get a better overview of what is left and how these remains should be protected and researched further. LiDAR-based DEMs can be extremely useful to conflict archaeologists, especially in the Netherlands, where the excavation of WWII-related remains is often problematic. DEMs help archaeologists come to an indication of both the archaeological and the heritage value of a conflict site. By means of LiDAR-based DEMs, sites or even entire landscapes of conflict can be perfectly identified.

Light Detecting And Ranging (LiDAR): use and misuse

As discussed in the previous chapter, new building projects and other spatial developments at former WWII conflict sites in the Netherlands were realized without taking into account the rich archaeological potential and heritage values of these landscapes. Archaeological artefacts can inform us about meaningful differences, such as ethnic and personal ones, in the material culture and habits of individuals engaged in war; additionally, besides their historical value, these artefacts can have both an emotional and memorial value for groups within present-day society. On the one hand, the heritage of war is promoted by means of monuments and important anniversaries. At the same time, WWII is largely ignored, because only a few excavations have been conducted on conflict-related sites, and many key sites are still not legally protected. Archaeology plays a vital role in the preservation of these fragile sites and relics, as well as in the contemporary experience of such places.

As outlined in Chapter 5, it is difficult to research WWII archaeologically in the Netherlands, especially because so many research projects solely emphasize excavations. At an academic level, it is still a pioneering job. Part of the solution for the difficulties conflict archaeologists face can be the use of non-invasive techniques, such as topographic surveys, aerial photographs, metal-detecting surveys, field surveys and documents to map conflict sites of WWII.