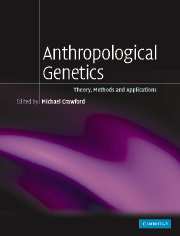 In the post-genomic era, the genetic analysis of common diseases will be one of the most critically important areas of biomedical science. Over the past two decades, it has become clear that many of the diseases that constitute the major public health burden in the United States – diseases such as diabetes, atherosclerosis, obesity, hypertension, depression, alcoholism, osteoporosis, and cancer – have a substantial genetic component. The genetic architecture of such diseases is complex, however, involving multiple genetic and environmental components and their interactions. The specific quantitative trait loci (QTLs) that are involved in the biological pathways of these diseases, and the individual effects of these QTLs in the general population, are still largely unknown. The stochastic complexity of the genotype-phenotype relationship of a common disease requires that statistical inference plays a prominent role in the dissection of the underlying genetic architecture. However, statistical genetic methods suitable for this immense task are still in their infancy. The genomic localization and identification of QTLs and characterization of their causal functional polymorphisms will require new advanced statistical genetic tools.

Over the past decade, we have been successful in developing the theoretical and empirical foundation requisite to a thorough understanding of the strengths and weaknesses of variance component-based quantitative trait linkage methods. We have incorporated many of our statistical genetic developments into our freely available computer package, SOLAR (Sequential Oligogenic Linkage Analysis Routines) (Almasy and Blangero, 1998).