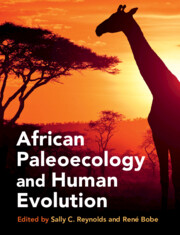 11 - Swartkrans: A Record of Paleoenvironmental Change in the Cradle of Humankind

The first hominin fossils were recovered from Swartkrans by Robert Broom and John Robinson of the Transvaal Museum, working at the site at the behest of Wendell Phillips of the University of California’s Africa Expedition, in September of 1948. Broom considered the Swartkrans fossils to represent a new species of robust australopith that he named Paranthropuscrassidens (Broom, 1949), although the material was later transferred to P. robustus (Robinson, 1954, 1956). Excavations continued through 1949, when a shortage of funds brought work to an end in November of that year. During the succeeding Christmas holiday, a local lime miner by the name of Fourie moved into Swartkrans and began blasting operations to remove a recently exposed seam of limestone for use by the gold-mining industry in nearby Krugersdorp. Broom and Robinson occasionally returned to the site to inspect the breccia that was also being loosened during the course of Fourie’s limestone blasting, which resulted in the recovery of several spectacular australopith specimens such as SK 23 and SK 48. In addition, Broom and Robinson recovered several specimens that could be attributed to early Homo, such as SK 15 and SK 45 (Broom and Robinson, 1949, 1952). Because SK 15 was derived from the “brown breccia” (Member 2, see below), Broom and Robinson initially held it to be considerably younger than the australopith fossils recovered from the “pink breccia” (Hanging Remnant of Member 1, see below). However, SK 45 was derived from the same “pink breccia” that had produced so many P. robustus fossils, and thus demonstrated for the first time the coexistence of multiple species of early hominin (Broom and Robinson, 1952). Broom died in 1951, but Robinson continued to conduct paleontological research at the site until 1953, unearthing numerous additional hominin fossils.